What It's Like as a Resident Taking the Night Watch 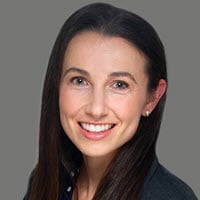 Every night when you wake up this week, it will be dark, and a brief wash of panic will tumble over you as your mind tries to rapidly sort out just how late you are to wherever it is you should be speeding towards on a Sunday at 9 PM.

This is how most of my night shifts start. A black morning that my muddled resident brain spins its wheels through like a car stuck in mud with no traction.

Most people don't like working at night; it's not a circadian rhythm bodies embrace with ease. Being in emergency medicine means that inevitably, some of the shifts you work will be overnight, at least while you're a resident. You learn the contortionist act of switching nights to days. Like walking on the ceiling, everything is neatly flipped, and you are the perfect opposite of the waking world.

As emergency medicine residents, our night escapades are not restricted to the emergency department. I'll spend several months up in the ICU, a three-pronged compilation of units on the third floor of the hospital. Each month, I will work a week of nights — both thrilling and terrifying. Around 8 or 9 PM most nights, whenever someone remembers, all lights but the bare necessities get flipped off. Delirium runs rampant here: between the infections, the alarms, and around-the-clock wakeups for lab draws, vital checks, and medications to sedate for the pain, for the unnatural presence of a breathing tube down the throat, delirium is the default.

The darkened hallways are a reminder of the cyclical nature of a day. The evening becomes a witching hour, like it's the light that has been driving us all this time. The nurses and respiratory therapists pull out books snatched from their bedside tables, reading in the moments between being needed.

At 3 AM, the nurses bathe a young woman with eyes yellow as a black cat's. Since communication is scarce, the whiteboards in every room list patient preference: favorite music, favorite TV shows, preferred name or nickname. The woman has "country music" written on hers, next to cards pinned up on a corkboard from her boyfriend.

A knife's width of light escapes from the closed door. You can hear Miranda Lambert coming from a phone turned up loud while they tag-team her bath time, wiping along the curve of her spine and turning her, ad-libbing lyrics they don't know. It feels like a sad parody of a late-night sleepover, where gossip opens its wide mouth and hopes and dreams are tried on like the latest fruit-scented, glitter-bodied Smackstick.

I worked in the pediatric ED the weekend of Halloween. The day before I flipped to nights, I couldn't sleep, so I read up on 12-foot skeletons from The Home Depot being in short supply and the environmental pitfalls of artificial cobwebs, and took a walk through my neighborhood counting RIP tombstones and pumpkins at varying stages of decay, a halo of flies surrounding the oldest.

I've always thought an abandoned hospital, or even the emptied basement of a very unabandoned one, would be the best place for a haunted house. What is it about discarded hospital detritus that makes our skin crawl? In the end, it's the folding walker, old commode, wheelchair with a worn seat cushion like a tangled stomach in the middle that makes us cry out. Maybe it was never the past that haunted us.

On Halloween night, I was in the pediatric department. I met the homicide detective walking in for my shift. A 13-year-old has been shot; the police mingle outside the trauma room bay. They haven't found a family yet. A privacy screen with blue balloons and yellow elephants is drawn around his bed. Like any unexpected death, it will go to the medical examiner, so everything must be left untouched. I imagine the chest tube in place: They tried to drain the blood crowding his heart where it lay tucked and emptied in the cavity of his chest, a motor running on empty. I walked back to the physician's room and find the other resident at her computer, where she's curled in her seat with one knee to the chest, her eyes scanning the screen in the mechanical way they do when they aren't reading but searching.

Nights are fickle beasts; the holes in the healthcare system loom even larger when everything waits until morning. Our infrastructure stretches thinner while the world breaks its own seams, and you can't look away any more than you can send someone out into the cold or find a homeless shelter that isn't over capacity. Nights are about figuring it out on your own or praying for the sun to rise.

Savor the feeling of leaving the building in the early morning, the first shift of workers just coming in, lunchboxes drooping from their grasp. It's another kind of survival, to walk into the crisp morning air, to find the sun hanging low in the sky like a humble savior.

About Liana Meffert
Liana Meffert recently graduated from the University of Iowa College of Medicine and is an emergency medicine resident physician at MedStar Georgetown/Washington Hospital Center. She has previously been awarded an Academy of American Poets Poetry Prize, Stanford's Irvin David Yalom Literary Award, University of Iowa's Carol A. Bowman Creative Writing Award, and the F. Sean Hodge Prize for Poetry in Medicine. Her writing has been featured in JAMA, The Examined Life Journal, and The Healing Muse , among other publications. You can find more of her work at Lianameffert.com.