Is Racism in Nursing Alive and Well? 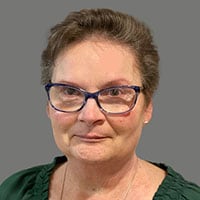 For anyone who doubts that nurses can present themselves as biased, entitled, or deeply disrespectful, they should view this clinician on TikTok. I am ashamed to admit that this nurse is a fellow advanced practice provider, a nurse practitioner (NP) entrusted with the care of patients who seek clinical assistance, empathy, and understanding. In this instance, an expectant mother requested a note to cover her for a leave of absence during the final months of her pregnancy.

Rather than determine why the Black woman might need to stay off her feet, the NP scoffs at the patient, saying that she herself birthed three children without difficulty or the need for a leave of absence. Is this relevant? Is the health and well-being of a clinician pertinent when discussing the needs of a patient? Not in my book. When I am on the other side of healthcare, I do not want to know if the NP, physician assistant, or physician examining me has been a weightlifter in a previous life or has given birth multiple times. I want information that is relevant to my care, not a comparison that demonstrates that I could be unworthy.

Unfortunately, the conversation from the NP in this scenario was worse than bad judgment. It could also be misconstrued as disapproving and deeply racist. The NP stated that the patient would be guilty of fraud for seeking a note stating that she needed time off work. The nurse also insisted on performing a vaginal exam that the patient described as both aggressive and painful.

The conversation was so poorly worded, police were called to the scene twice to intervene. The videotaped interaction has since gone viral, with two prominent nursing organizations weighing in.

The conversation between the NP and patient was intensely flawed. Rather than attempt to make amends with her patient in a conversation that went awry, the NP dug herself in deeper. She neither apologized nor attempted to backtrack.

Both the American Nurses Association (ANA) and the Pennsylvania State Nurses Association (PSNA) have offered comments regarding the contact between the White NP and the Black patient, whose name will not be included here (but is released by her attorney and posted on her video). The ANA and PSNA agree that the interaction does not meet criteria for nonjudgmental care, which recognizes that nurses identify and manage individual biases when dealing with patients.

In addition, the NP demonstrated a lack of knowledge related to cultural differences facing pregnant women, particularly those of color. Black women are three times more likely to die from maternal complications than are White women, a fact that is clearly ignored by the NP in this scenario. As the patient clarifies in her video, she was not asked about difficulties with her pregnancy. Instead, she suffered through an uncompromising exam of her cervix and was informed that she would be committing fraud to ask for a note clearing her from work.

The interaction was so bad, it could be used as a teaching video for what not to do during a patient assessment.

Black mothers not only suffer from gestational complications, such as diabetes and hypertension, at a higher rate than do White mothers, but they are also more likely to be employed at jobs that require them to be on their feet for extended periods of time with decreased rest breaks, complicating preexisting issues.

The most important question for nurses is: Why did this interaction deteriorate so quickly? Is racial bias among nurses more common than we believe? A majority, 94% of nurses, say there is racism in healthcare, leading clinicians across the country to assume that discrimination is (unfortunately) widespread.

Was the patient at fault in addition to the NP? It is possible the patient was defensive, prepared to guard the needs of her pregnancy on the basis of earlier interactions with healthcare providers. It happens.

We should offer discussion on how and why this visit degenerated into a viral videotape that has gained significant media attention for the alleged mistreatment of a patient. What do nurses believe? Were the NP and the patient at fault for this interaction, or is the video an example of racial bias?

In addition, how could this patient visit be salvaged? What might have helped the NP provide the care that the patient requested?

At the first sign of a visit not progressing well, an NP should take a deep breath, apologize, and start over. They should sit down with the patient and ask her how the pregnancy has been going. Was she planning the pregnancy? How is her support system? What difficulties has she been experiencing that lead her to believe she will be unable to work?

Let the patient guide the conversation, continue to talk about her needs. Apologize often, especially if the dialogue begins to fail. Patients are not interested in being compared, unless they ask, and this patient did not ask if the NP had given birth, when, or how.

The vaginal exam seemed to be a turning point. Was the exam necessary for a patient without complaints of cramping, spotting, decreased fetal movement, or other signs leading the clinician to question the integrity of the pregnancy? The intimate contact could have been a power move for a patient asking only for a note. Was the NP unwilling to provide a note or uncomfortable with the request? She could have stated her reasons, while offering alternative resources for what the patient required. That would have been the equitable solution.

When the patient began to record the interaction, the visit collapsed to a point where authorities were called. Nurses should not be fearful of being recorded if they are acting appropriately. Most of us have been recorded in some manner, either for teaching videos or during school giving a speech. A videotape should only make nurses nervous if they are failing to meet "basic nursing tenets, including alleviating pain and providing nonjudgmental care," as stated by the ANA. Nurses must provide ethical, individual, and respectful care to all patients, without bias.

That is our obligation as nursing providers, one that this NP did not meet.

Weigh in. Decide if the nurse was openly racist or ____ (fill in the blank). What do you believe?

About Diane M. Goodman
Diane M. Goodman, BSN, MSN-C, APRN, is a semi-retired nurse practitioner who contributes to COVID-19 task force teams and dismantles vaccine disinformation, as well as publishing in various nursing venues. During decades at the bedside, Goodman worked in both private practice and critical care, carrying up to five nursing certifications simultaneously. Yet she is not all about nursing. She is equally passionate about her dogs and watching movies, enjoying both during time away from professional activities. Her tiny chihuahuas are contest winners, proving that both Momma and the dogs are busy, productive girls!