Is Bacterial Resistance the Next Pandemic? Why More Antibiotic Control (and Research) Is Needed 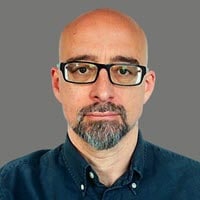 In the past months, the political landscape in the UK has been, shall we say, tumultuous. The revolving door of Prime Ministers and Cabinet members is not compatible with a sound long-term strategy in any area controlled by the government. But one particular policy announced last month raised serious concerns for its potentially far-reaching consequences.

The idea sounds reasonable on paper: Enlist pharmacists to help reduce the burden of the already overwhelmed public health service by allowing them to prescribe drugs for "minor ailments." The brainchild of Secretary of State for Health and Social Care to Environment Thérèse Coffey in the short-lived Liz Truss' Cabinet, the plan immediately caused an uproar among the scientific community. Why should the world care about the UK policy changes?

WHO has been warning for decades that bacterial resistance is "one of the biggest threats to global health," chronically overlooked and already causing millions of deaths worldwide. Bacteria develop resistance against any new antibiotic very quickly thanks to the rules of natural selection, and this new feature spreads until the resistant strain becomes dominant. This has happened many times before and is the reason why penicillin, the first mass-produced antibiotic, is not effective in its original form anymore. Since its introduction some 75 years ago, bacteria had plenty of time to evolve resistance to this once magical drug, like they did to many others that came afterward.

If it's going to happen anyway, what's the point in worrying? It's all about the replacement rate. If a widely used antibiotic is eventually rendered useless by resistant strains, we need to be able to switch to a new, better one. Therefore, it's imperative that we keep developing novel antibiotics at a good enough pace to replace the ones that have already generated resistance.

Naturally, this requires a steady input of funds into antibiotic research, which has been one of the weakest links in the chain: Traditionally left to pharma companies, the markets provide little incentive for investing millions of dollars on a product that will be useful only for a limited amount of time. Even more pressure is put on the drug if it's shown to be really effective; then, the medical recommendation will be to prescribe it as little as possible, saving it for the most difficult cases (the "superbugs" that have multiple drug resistance). The better the antibiotic, the less we want to use it. It's understandable that Big Pharma is more excited about finding the next Viagra than about providing an indispensable social service by adding more strings to our antibiotic bow.

There are solutions to this. One is more public investment in this area, which has already been the trend in the past few years. Another one is to give incentives to companies to invest in these areas that they are less interested in (for instance by, in exchange, prolonging patent protection for one of their blockbuster drugs). But, in parallel to these political measures, we as individuals can also contribute. Doctors need to avoid prescribing antibiotics if there is not a clear need for them and patients need to understand the problem and follow the rules (complete the course of treatment, not pressure their doctors to get antibiotics, no self-prescription, etc.). Not doing this only accelerates exposure of bacteria to the drug and thus quickens the appearance of resistance.

An example of policy failure is a recent study that reveals that in ten African countries, antibiotic prescription was rampant during the height of the COVID-19 pandemic, even with knowing that only a few patients had bacteria co-infections and that the rest would not really benefit from them. But this is not only a problem of developing countries: Antibiotic use without prescription is common in the US as well, as a recent review found, with 25% of the population having already done it, and up to 50% sorting antibiotics for future personal or familial use.

The UK plan to externalize some of the attention to minor ailments, which, unfortunately, involves pharmacists being able to prescribe antibiotics, is a way to add fuel to the fire. If they are properly trained, pharmacists could be as good as any doctor at minimizing unnecessary antibiotic use. But is this going to be the case? Deciding whether an ailment requires antibiotics is not a straightforward matter, as all general physicians well know. The immediate take-home message of this policy, then, is that getting antibiotics will probably now be easier. And widening the access to these drugs is never a good idea.

It remains to be seen now if the UK government, under the rule of new Prime Minister Rishi Sunak, will uphold the Coffey plan. Perhaps the lateral move of Coffey from Health and Social Care to Environment, Food and Rural Affairs is a sign that the controversial idea will be discreetly shelved. We'll see.

In any case, antibiotic resistance remains a worldwide health challenge that we must take seriously. Every little effort helps, even making sure that antibiotic prescriptions are as controlled as possible in every country because, as we've seen with the COVID-19 pandemic, problems related to microbes rarely stay put in their place of origin now that we live in a global society. We really don't need the next worldwide health crises to be caused by difficult-to-treat bacteria.

Cite this: Salvador Macip. Is Bacterial Resistance the Next Pandemic? Why More Antibiotic Control (and Research) Is Needed - Medscape - Nov 21, 2022.