News & Perspective Drugs & Diseases CME & Education Academy Video Decision Point
close
Please confirm that you would like to log out of Medscape. If you log out, you will be required to enter your username and password the next time you visit. Log out Cancel
Perspective > Medscape Blogs > Neurology > Dr Leah Croll

Gisele Barreto Fetterman is a Hero 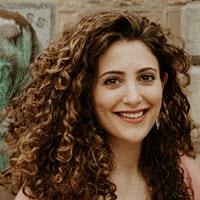 The hotly contested Pennsylvania senate race between Lt Governor John Fetterman and Dr Mehmet Oz has become quite the spectacle, thanks to controversy around Fetterman's recent stroke and his ongoing recovery. Fetterman's opponent and critics have repeatedly questioned whether he is fit to serve in the Senate in the wake of his stroke and why he has not released his medical records to the public.

News coverage has largely centered around what the voters in this election are owed in terms of medical information and whether Fetterman's lingering neurologic symptoms portend cognitive impairment or unfitness to serve. But, if you ask me, we're burying an important lede here: Politics aside, Fetterman is a stroke success story with an extremely important angle — timely, emergent treatment made a huge difference for him.

Four days before Pennsylvania held its primary election in May, Fetterman was with his wife when she suddenly noticed that something wasn't right. Half of Fetterman's face was drooping and his speech was difficult to understand. Gisele Barreto Fetterman immediately recognized that this was a medical emergency and got her husband to the hospital as quickly as possible. Fetterman subsequently underwent an emergency thrombectomy, a procedure that's proven to produce miraculous results in a significant number of cases.

By and large, stroke is still perceived by the public as a devastating medical condition that we are helpless to treat. But stroke treatment isn't what it was 30 years ago, 10 years ago, or even 5 years ago. These days, we have options that really work, but many of them are exceptionally time-dependent. That's why it's so important that the public recognizes Gisele Barreto Fetterman for the hero that she is.

When clots obstruct blood flow through the major arteries of the head and neck, the strokes that ensue can be life-threatening. And survivors may be left with life-altering disabilities. Think of a bedbound patient unable to engage in meaningful interaction or conversation with their loved ones as the worst-case scenario for survivors.

The sooner we intervene on large-vessel occlusions, the better a patient's chances are of not only surviving, but hopefully recovering well enough to return to their normal daily life. In selected patients, thrombectomy in particular is proven to lead to better outcomes, including reduced disability and mortality and improved odds of functional independence following stroke recovery.

So, Barreto Fetterman's recognition of a true medical emergency where every second counts made all the difference. She very well may have saved her husband's life. If nothing else, she certainly minimized his ultimate burden of stroke-related symptoms and disabilities as much as possible. This is, in my biased opinion (I am a stroke neurologist, after all), the most powerful takeaway from John Fetterman's story.

And frankly, Americans simply can't afford to miss out on this message. Every 40 seconds, someone in the United States has a stroke; and every 3.5 minutes, someone dies of stroke. Stroke is the leading cause of long-term disability in our country. The stakes are simply too high for this lesson from Fetterman's story to be drowned out by political noise.

Political pundits may pick apart his debate performance, but no one can deny that Fetterman's neurologic outcome is almost magical. To suffer a major stroke from a large-vessel occlusion but receive speedy treatment that allows for a substantial-enough recovery to keep up on the campaign trail is a true marvel of modern medicine.

No matter what your political leanings are, time lost is brain lost. This is an invaluable opportunity to encourage the public to take a page out of Gisele Barreto Fetterman's book and call 911 as soon as a sudden-onset neurologic symptom declares itself. Someone's life could depend on it.

About Dr. Leah Croll
Leah Croll, MD, is an Assistant Professor of Neurology at the Lewis Katz School of Medicine at Temple University. She completed her neurology residency and stroke fellowship at NYU Langone Health. Aside from clinical practice in stroke neurology, her professional interests include education and medical media. In her free time, she is working on trying all the pastries in Philadelphia, one bakery at a time.
Reach her on Instagram @DrLeahCroll and Twitter @DrLeahCroll