News & Perspective Drugs & Diseases CME & Education Academy Video Decision Point
close
Please confirm that you would like to log out of Medscape. If you log out, you will be required to enter your username and password the next time you visit. Log out Cancel
Perspective > Medscape Blogs

Near-death Experiences and Their Impact on Individuals 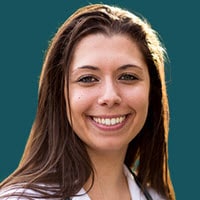 Imagine yourself floating above your body while you watch a medical team attempt to resuscitate you. You can see and hear everything going on in the room: The team leader quickly speaks orders; someone is pushing down on your chest, while another person forces air into your lungs with a bag-valve-mask. Can you see the scene in your mind? How is this possible? Aren't you unconscious?

Suddenly, you see a white light. Perhaps it is a glowing orb in the center of the room or a tunnel that you find yourself floating toward. You're heading for whatever it is; nothing is stopping you. Once you pass through the white light, you emerge on the other side. You might see people from your past or relive key moments in your life. You are acutely aware that this is the afterlife, regardless of what you believed before you died.

Just as quickly as you entered the other world, you suddenly wake up back inside your body.

"Welcome back," says the team leader. The rest of the medical team looks relieved, smiles creeping onto their lips.

You spend the next few days repeating the experience in your mind, doing your best to make sense of it. You might have a newfound respect for life or a sense of purpose. You might have a new set of beliefs. When you are discharged from the hospital, you seek out others who have also had a similar experience. Because of an incident that only lasted a couple of minutes, your entire outlook on life has been forever changed.

The scene above exemplifies what many people who have had a near-death experience (NDE) describe. NDEs can be caused by any number of things, from surviving a car accident to cardiac arrest. Not all NDEs are the same, but what is intriguing about them is that they usually occur in a similar order and have related themes. For example, people often describe the white light and meeting people they knew who are now deceased. A sense of calm or peace is frequently referenced. However, some individuals say they were frightened during their NDE.

Below are direct quotes from individuals describing their NDE.

"An opening. I was no longer looking at the slowly spinning light at all, but through it. The moment I understood this, I began to move up. Fast. There was a whooshing sound, and in a flash I went through the opening and found myself in a completely new world. The strangest, most beautiful world I'd ever seen." ­According to Eben Alexander, MD, in his book Proof of Heaven: A Neurosurgeon's Journey into the Afterlife.

According to this article, "It was no longer a peaceful feeling; it had become pure hell. I had become a light out in the heavens, and I was screaming, but no sound was going forth. It was worse than any nightmare. I was spinning around, and I realized that this was eternity; this was what forever was going to be….I felt the aloneness, the emptiness of space, the vastness of the universe, except for me, a mere ball of light, screaming."

Regardless of how the person responds to an NDE, science has yet to come up with a concrete reason for why they occur. For obvious reasons, they are challenging to study. There have been some theories that compare a NDE to seizure activity. Electrical activity in the temporal lobe has been linked to the out-of-body experience. What is fascinating, though, is that some people who have had a NDE have an isoelectric EEG. How could the person still have been experiencing consciousness?

What is even more profound is the impact that only a couple of minutes can have on a person. After an NDE, many people make significant life decisions, such as changing careers, whereas others believe in God when they didn't before.

Let me know in the comments if you have experienced an NDE or know someone who has. What was the experience like? Do you have an explanation for why people have NDEs?

About Amber Mashuta, MS, CPNP
Amber Mashuta is a board-certified pediatric nurse practitioner with a vast array of experience in acute care inpatient settings. During the first wave of the COVID-19 pandemic, she was a frontline provider in New York City, where she treated both pediatric and adult patients. After moving out of New York City, she completed a 700-mile hike on the Appalachian Trail from New York to Maine. She is also an avid writer and chess player.

Cite this: Amber Mashuta. Near-death Experiences and Their Impact on Individuals - Medscape - Oct 31, 2022.