How Cellular Immunity Works in Reference to COVID-19, Vaccines, and Boosters 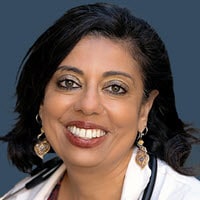 On August 31, 2022, the FDA provided emergency use authorization for two bivalent booster vaccines. Both mRNA vaccines have the genetic code for the ancestral SARS-CoV-2 strain but also include updated mRNA code for a shared component of BA4 and BA5, the latter being the most prevalent Omicron subvariant circulating in the United States.

It is exciting that new COVID-19 boosters are here. However, to explain what we know about the bivalent booster in humans to date, we have to get into a short primer on immunology, including antibodies, B cells, and T cells.

Antibodies are one arm of the immune system that are generated by infection or vaccines, but antibodies wane with time — otherwise our blood would be thick as paste with them from all the vaccines or infections we've seen. Think of antibodies (especially those in the nose or in the "mucosal" surfaces like the antibodies called immunoglobulin A) as more protective against mild COVID-19 infection.

Luckily, vaccines or infections also generate something called cellular immunity (B and T cells), which is much longer lasting and protects against severe disease in a more enduring fashion. Memory B cells — generated by the vaccines or as a result of a prior infection ­— have been shown to recognize the virus, including its variants. Think of memory B cells as a recipe that can make more antibodies if they see the virus in the future and, specifically, antibodies adapted to what they see in front of them. For example, if memory B cells see a variant, they are able to make antibodies adapted to the variant like how a baker adjusts the amount of yeast in a cake being made at different altitudes. Although we do not know how long these memory B cells to COVID-19 last, survivors of the 1918 influenza pandemic were able to produce antibodies from memory B cells when their blood was exposed to the same strain nine decades later.

The vaccines or natural infection also trigger the production of T cells. Though B cells serve as memory banks to produce antibodies when needed, T cells both help B cells make antibodies and help recruit cells to attack the pathogen directly. Memory T cells generated by COVID-19 may last a lifetime, according to a study that examined participants with varying degrees of initial disease severity. Memory T cells generated in individuals who survived a different coronavirus infection in 2003 were shown, in a 2020 paper, to last at least 17 years.

During the Omicron subvariant surges in spring 2022, we did see a greater chance of reinfection compared with previous variants ­—­ but not in severe disease across the general population. This defanging was even more significant upon closer analysis of hospitalization and death data, particularly in states like Massachusetts and across other health systems that track hospitalizations in detail. Although each subvariant of Omicron (we now have B.Q.1, B.Q.1.1, and BA2.75), may lead to mild infections, our high amount of population cellular immunity at this phase of the pandemic is keeping global and US daily confirmed deaths at 90% less than their peak in the first pandemic winter starting at the end of 2020.

So who needs the new booster the most? An important paper, published in The New England Journal of Medicine, utilized Israeli data to study the effectiveness of nirmatrelvir (Paxlovid) by age group. This study tells us who in a highly immune population is still at risk for severe disease during the Omicron era, specifically individuals aged 65 years or older.

Another recent study among 30 million individuals in the United Kingdom demonstrates that the first booster (or third shot) reduced severe disease after two vaccines doses in mainly older people (age 80 years or older) as well as those with five or more comorbidities, who are on immunosuppressants, or have chronic kidney disease. If we focus the goal of our booster strategy on preventing severe disease, older people and those with multiple other medical conditions are going to need these new and adapted boosters the most. Others in our population are protected by effective cellular immune responses.

The reason to focus our efforts on those who are older at this stage of the pandemic is because only 71% of the US population older than 65 years has received the first booster, so tailoring our messaging and boosting efforts to the groups most at risk may be the most effective public health strategy going forward.