News & Perspective Drugs & Diseases CME & Education Academy Video Decision Point
close
Please confirm that you would like to log out of Medscape. If you log out, you will be required to enter your username and password the next time you visit. Log out Cancel
Perspective > Medscape Blogs > Science & Tech > Dr Natalia Pasternak

We Want to Suck Your Blood! 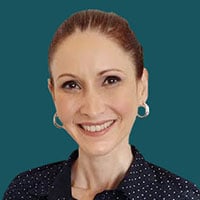 With Halloween just around the corner and people sharing stories about vampires, werewolves, and other creatures that feast on the blood of innocent victims, I thought it would be a good time for us humans to reflect on how we also prey on the blood of the innocent — in our case, innocent crabs!

The blood of the horseshoe crab is an essential ingredient for endotoxin screening in pharmaceutical products. Endotoxins, produced by several gram-negative bacteria, can be life-threatening to humans and can lead to toxic shock if given intravenously, even in small amounts. The horseshoe crab is equipped with an extremely sensitive system that protects them from endotoxin contamination. A substance called limulus amebocyte lysate (LAL), present in the crab's hemolymph, detects and coagulates tiny amounts of endotoxin by recognizing the lipopolysaccharides, a constituent of gram-negative bacteria.

Lucky for us but not so much for the crabs, LAL can be extracted by bleeding the animals and is used in a standard procedure by most pharmaceutical companies. It seemed like a good idea at the time of its discovery in the 1970s. Back then, industry relied on rabbits to test for toxins, resulting in thousands of animals being euthanized every year.

As it turns out, with the growing number of pharmaceutical products being developed, the use of LAL is not sustainable. It endangers the survival of a number of horseshoe crab species, creates ecologic imbalances, and involves a great deal of animal suffering. And there is a synthetic alternative.

Why Is It Not Sustainable?

Although the crabs are returned to the ocean, the bleeding process is not without harm. Transportation, exposure to heat, and merely being out of the water can hurt and stress these animals, impacting their survival and ability to reproduce. According to the Atlantic States Marine Fisheries Commission, mortality rates range between 15%-30%, and this is for the number of animals lost during the bleeding process; it doesn't account for those lost in transportation or to hypoxia. Animals reintroduced after bleeding have also been reported to lose navigation capacity, and females showed lower spawning rates.

Then there is ecologic imbalance. Lots of migratory birds rely on horseshoe crab eggs as snacks on their migratory routes. With the crab's population in decline, birds are left with no resource for the calories they need to complete migration. Take one bird species as an example, the Rufa red knot. This shore bird has a migratory route encompassing 1300 miles. It makes a stop at Delaware Bay, expecting to find thousands of eggs to feast on before resuming its trip. From the 1980s to 2000, their population has declined by 75%, partly due to the shortage of eggs. Sea turtles are natural predators of the horseshoe crab and can also be affected.

What About the Alternative?

So, using LAL is not sustainable and involves ethical and environmental issues. But there is a synthetic alternative, developed with biotechnology. The National University of Singapore successfully cloned factor C, one of the serine proteases of the LAL cascade, which is responsible for initiating the clotting process. Multiple studies validated the use of recombinant factor C (rFC) as an alternative to LAL, some even deeming it superior regarding specificity and false positives. When it became commercially available in 2003, it didn't become as widespread as expected.

FDA authorizes the use of rFC but demands additional testing that can render the process slower and more expensive. To get quicker approval by the FDA, many companies still prefer using LAL. Even Europeans companies often make this choice, so as not to exclude their products from the US market.

Horseshoe crab, as is the case for any other natural resource in the planet, such as water, oil, and land, is limited. Not realizing this shows extreme lack of vision and strategic planning. With the growing demand for vaccines and medications, we should see a rise in the demand for this animal, which might lead to its extinction. What will we do when quality control of medications that are needed worldwide depends on an animal species we were not careful enough to protect?

About Dr Natalia Pasternak
Natalia Pasternak, PhD, has a bachelor's degree in biology from the University of São Paulo and a PhD and postdoctoral fellowship in microbiology (bacterial genetics) at the Institute of Biomedical Sciences. In 2018, she founded the Instituto Questão de Ciência in Brazil, the first Brazilian institute for the promotion of skepticism and critical thinking. She is the publisher of Questão de Ciência magazine; a columnist or contributor for O Globo newspaper, CBN radio, and The Skeptic magazine (UK); and a fellow of the Committee for Skeptical Inquiry (US). Currently, she works as a research fellow in the Vaccine Development Laboratory at the University of São Paulo, is a visiting professor at the Public Administration School at Fundação Getulio Vargas, São Paulo, and is a senior adjunct research scholar at Columbia University's Center for Science and Society.