Chocolate and Vitamins for the Brain and Heart: COSMOS Without the Spin 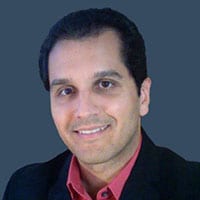 It's okay for studies to be negative. Negative studies are just as important as positive ones because they tell us what does not work and save us spending money on useless therapies. COSMOS and COSMOS-Mind are negative studies. We don't need to spin the results to make them seem positive.

For those not keeping score, the COSMOS study was about chocolate, sort of. Given the growing marketing and promotion of chocolate as "healthy," a proper randomized trial was called for. A lot of basic science studies tried to draw links between certain oxidants in chocolate and various cardiovascular biomarkers, but if you really want to know if X causes or prevents Y, then at some point, you have to do a randomized trial. COSMOS was that trial.

But, COSMOS wasn't actually about chocolate. Researchers tested a cocoa extract supplement — a far cry from the fat- and sugar-laden treat that people buy at the supermarket — but you take your randomized data where you can get it. The negative COSMOS trial should have settled the chocolate debate once and for all. Except that its online release in March passed by with scarcely a comment.

Consider that had it been positive, the people who sell chocolate would have been screaming the results from the rooftops. But sadly, no, chocolate and the antioxidant-rich cocoa extract that was studied in this trial will not prevent cardiovascular disease. People tried to make hay with the fact that cardiovascular mortality was lower in the cocoa arm, but when all-cause mortality, total cardiovascular events, myocardial infarction, stroke, coronary revascularization, and every other endpoint are the same as they were for placebo, you have to accept reality. People also made hay of the per-protocol analysis, but it's worth remembering that these types of analysis essentially allow study participants to assign themselves to one treatment or another, essentially breaking randomization, which is the whole point of doing a randomized trial. If you look at the data in totality, you have to acknowledge that chocolate isn't health food.

Then, COSMOS-Mind comes around. This study, as you might be able to guess, had a cognitive rather than cardiovascular endpoint because of claims that chocolate boosts mental performance. Sadly, it didn't. The COSMOS-Mind study was also negative. Once again, chocolate did nothing.

What's fascinating is that even though the negative results have been known since COSMOS-Mind was presented a year ago, the study has had resurgent media interest because one aspect of it was "positive."

COSMOS tested both cocoa extract and a multivitamin. The multivitamin showed no cardiovascular benefit in COSMOS but did show a cognitive benefit in COSMOS-Mind, or did it? Why we needed another study about multivitamins is debatable given the overwhelming evidence that they don't help. The US Preventive Services and Task Force recently put out guidelines saying there was insufficient evidence to recommend their use to prevent heart disease or cancer and warning about potential dangers of vitamin E and beta-carotene. Even for cognitive outcomes, the preexisting data is not encouraging. Vitamin supplementation was not shown to prevent cognitive decline in healthy people or to slow its progression in people with mild cognitive impairment.

The multivitamin arm of COSMOS-Mind has to be examined against this backdrop. First, the endpoint of choice in COSMOS-Mind was not a hard clinical endpoint but an improvement in test scores. It's hard to judge what a 0.07 improvement on a standardized mean translates to clinically. The other thing about test scores is that when you give people the same test over again, they invariably score better. Practice does make perfect after all. Whether an improvement in test scores will translate to less clinical dementia, more time at home rather than a care facility, or more independence is anyone's guess.

It is tempting to want to parse through the results of a negative trial looking for something to hold up as a "positive" result. But I think this is the wrong approach. Negative studies matter. They are extremely important. They prevent us from wasting time and money on things that don't matter and are potentially harmful.

It seems pretty clear to me that chocolate and multivitamins have no role to play in improving the health of the general population. That's a good result. We don't need to spin it.

About Dr Christopher Labos
Christopher Labos is a cardiologist with a degree in epidemiology. He spends most of his time doing things that he doesn't get paid for, like research, teaching, and podcasting. Occasionally he finds time to practice cardiology to pay the rent. He realizes that half of his research findings will be disproved in 5 years; he just doesn't know which half. He is a regular contributor to the Montreal Gazette, CJAD radio, and CTV television in Montreal and is host of the award-winning podcast The Body of Evidence.

Cite this: Christopher Labos. Chocolate and Vitamins for the Brain and Heart: COSMOS Without the Spin - Medscape - Oct 06, 2022.