News & Perspective Drugs & Diseases CME & Education Academy Video Decision Point
close
Please confirm that you would like to log out of Medscape. If you log out, you will be required to enter your username and password the next time you visit. Log out Cancel
Perspective > Medscape Blogs 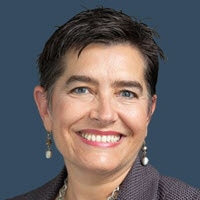 During the COVID-19 pandemic, many healthcare membership associations and organizations took a stance on the spread of misinformation by licensed clinical professionals. The National Council of State Boards of Nursing and 15 other nursing associations formed a policy statement, delivered as a brief, addressing the risk for disciplinary action by state boards of nursing when a nurse disseminates misinformation. The act of sharing information that is contrary to current evidence could potentially threaten the welfare of the public and may be seen as a violation to the nurse practice act.

The dissemination of COVID-19 information and governmental announcements used online platforms and social media to reach the public. It is no surprise that in a digital revolution with unlimited interactions, coupled with the lack of governmental trust, the pandemic would be become a politically polarizing topic.

According to the Frontiers in Public Health journal, the COVID pandemic is "characterized by inconsistent, ambiguous, contradicting messages and absence of clear, actionable, credible, and inclusive information from authorities that people trust, leaving space for other actors to fill the void irresponsibly." Online discussions on masking, distancing, and lockdowns turn to discourse.

It became evident that a line was drawn in the sand when it came to questioning and discussing vaccines, vaccine mandates, or treatment methods that were alternative to the "follow the science" mantra of the Centers for Disease Control and Prevention. The line of contention existed whether you were a consumer of healthcare, a patient, or a member of the healthcare team.

Clinical professionals and research scientists are conditioned to question the hypothesis, test, re-test, discuss, and debate until the best evidence rises to the surface. And when the evidence supports a recommendation, the evidence is disseminated, and the cycle continues testing the next hypothesis. Placing emphasis on "the" in the "follow the science" mantra suggests that there is only one path which goes against the scientific methodology.

Using a reflective practice lens, how were leaders and members of the medical community treated with differing points of view during the cholera outbreak in London, England, in 1854? In August 1854, within 3 days, 127 people died from cholera and a total of 550 died in a 2-week period.

John Snow, a physician, had long been curious about how cholera was spread, since his early practice years in the 1830s. In 1849, he drafted a pamphlet, "On the Mode of Communication of Cholera," outlining his theory.

Snow reviewed 61 local cases that were brought to him who had drunk the water from the Broad Street water pump. Using data analysis, he plotted the cases on a map, confirming the common link. Snow petitioned the local council and presented his evidence on September 7, 1854. Although local governmental officials, the Board of Guardians, did not believe that Snow was right, they responded and removed the handle, disabling the water pump. The outbreak ended.

Snow found the source of contamination for the cholera pandemic and experts, including Florence Nightingale, still clung to the miasma theory (bad air) of the disease and doubted the proposed culprit of the water source. They rejected Snow's evidence of a water-borne disease and the recommended health measures. It was not until 1861 that the germ theory emerged as an accepted hypothesis, 3 years after Snow's death. Snow is recognized today as the father of modern epidemiology. So, in the 1850s, was this misinformation, disinformation, or not enough information?

Pre-pandemic, the spirit of inquiry and questioning was seen as progressive and necessary to unveil the best evidence. For patients, the same questioning would be encouraged to arrive at a shared decision incorporating the patient's own values and preferences into treatment decisions. But during the pandemic and probably even now, questioning voices continue to be squelched by means of blaming and shaming. In today's climate, would Nightingale, the mother of modern nursing, be at risk of losing her status as a nurse if she had accepted John Snow's latest discovery, which went against the cultural norm?

With the lag in willingness to consider alternative theories and recommendations, just like with the cholera outbreak of 1854, we may not know or fully understand the consequences and influences of COVID-19 public health mandates (masking, social distancing, quarantine guidelines, vaccine initiatives, treatment measures, etc.) for 5-10 years.

Medical professionals, including nurses, are part of the trusted messenger ecosystem. We have a role in promoting public health policy, but the privileged status should not restrict questioning the science, exploring alternatives in treatment, or sharing new evidence with the scientific community for fear of losing licenses because it goes against the cultural norm.

Leaders may consider proactively reviewing the biodemographic and psychographics of a community to improve the delivery of public health information. In order to influence the acceptance and adoption of public health policy and behavior change, leaders should encourage the scientific methods process, not silence it.

About Charla Johnson
Charla Johnson, DNP, RN-BC, ONC, is a national leader in the health equity space. The majority of her nursing career has been aimed at the promotion of musculoskeletal care, advocacy, and the integration of evidence-based practice in clinical settings. She is an author and national speaker on topics related to leadership, shared decision-making in  osteoarthritis, optimization in arthroplasty, remote workforce, informatics, and health equity. Charla is board certified in orthopedic nursing and nursing informatics. Her mantra: Clinical-Critical Thinking!