News & Perspective Drugs & Diseases CME & Education Academy Video Decision Point
close
Please confirm that you would like to log out of Medscape. If you log out, you will be required to enter your username and password the next time you visit. Log out Cancel
Perspective > Medscape Blogs > Education & Training > Yusuf Mehkri

Issues with the New Step 1 Exam: Pass/Fail Scoring Is Not the Answer 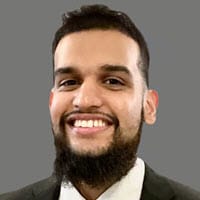 Step 1 going pass/fail has been the center of attention for over a year, and the first class of students to experience this change are the current third-year students (at schools that still follow the traditional curriculum).

Prior to this change, the "Step 1 climate" was an intense one. Students would spend most of their free time over the first 2 years dedicated toward studying for this one exam. Some would even study during classes, skip out on optional educational sessions, and limit extracurricular involvements. This created an intense atmosphere where everything else in life was given less priority because getting the highest score possible on the Step 1 exam was the most important goal.

Students would get stressed out if they felt like they were doing less than their peers. Most importantly, learning for many wasn't for the sake of learning or to become the best physician, but was guided by doing well on this one exam. The change to pass/fail scoring was done for multiple reasons, but a major reason was to address this worsening Step 1 climate.

Without having to worry about studying every minute to get the highest score, students should, in theory, be less anxious about the exam and stressed by others' study habits. This should help focus students back toward becoming culturally and clinically competent, well-rounded physicians.

Pass/fail scoring has had ripple effects. Students are certainly less anxious about the exam during the preclinical years and can learn content for the purpose of learning to become good physicians, as intended. However, the previous weight of this exam has now been transferred over to the clinical year(s) and Step 2. The year that has always been about spending as much time as possible learning from patients and your team has now become the year of studying as much as you can to study for Step 2.

The preclinical years are also still far from perfect. Based on historical data from the National Resident Matching Program (NRMP), the number of research involvements and publications has drastically increased over the years. This will only become worse as research is one of the few impactful involvements students can take on during their preclinical years that can be measured quantitatively. What this means is that more hours will also now be going into research involvements, with increased stress related to not doing enough research.

Ultimately, although the change in scoring for the Step 1 exam did disrupt the Step 1 climate, it has created a new climate, with major repercussions that will become evident over the coming years.

About Yusuf Mehkri
Yusuf Mehkri is a second-year medical student at the University of Florida (UF). After attending Carnegie Mellon University for undergraduate studies, he was accepted to the accelerated BS/MD program at UF in Gainesville. He has interests in academic neurosurgery, specifically neuro-oncology and spine surgery. He enjoys research, mentorship and community service — all of which allow him to give back to his community in varying capacities.