News & Perspective Drugs & Diseases CME & Education Academy Video Decision Point
close
Please confirm that you would like to log out of Medscape. If you log out, you will be required to enter your username and password the next time you visit. Log out Cancel
Perspective > Medscape Blogs > Business > Dr Ned Palmer

Saddled With Med School Debt, Yet Left Out of Loan Forgiveness Plans 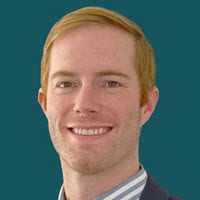 In a recently obtained plan by Politico, the Biden administration is zeroing in on a broad student loan forgiveness plan to be released imminently. The plan would broadly forgive $10,000 in federal student loans, including graduate and PLUS loans. However, there's a rub: The plan restricts the forgiveness to those with incomes below $150,000.

This would unfairly exclude many in healthcare from receiving this forgiveness, an egregious oversight given how much healthcare providers have sacrificed during the pandemic.

Previously, it was reported that the Biden administration was considering this same amount of forgiveness, but with plans to exclude borrowers by either career or income. Student loan payments have been on an extended CARES Act forbearance since March 2020, with payment resumption planned for August 31. The administration has said that they would deliver a plan for further extensions before this date and have repeatedly teased including forgiveness.

This would provide a massive boost to these borrowers (who disproportionately are female, low-income, and non-White), many of whom were targeted by predatory institutions whose education didn't offer any actual tangible benefit to their earnings. While this is a group that absolutely ought to have their loans forgiven, drawing an income line inappropriately restricts those in healthcare from receiving any forgiveness.

…but Not for Others

Someone making an annual gross income of $150,000 is in the 80th percentile of earners in the United States (for comparison, the top 1% took home more than $505,000 in 2021). What student loan borrowers makes up the remaining 20%? Overwhelmingly, healthcare providers occupy that tier: physicians, dentists, veterinarians, and advanced-practice nurses.

These schools leave their graduates with some of the highest student loan burdens, with veterinarians, dentists and physicians having the highest debt-to-income ratios of any professional careers.

Forgiving any student debt is the right direction. Too may have fallen victim to an industry without quality control, appropriate regulation, or price control. Quite the opposite, the blank-check model of student loan financing has led to an arms race as it comes to capital improvements in university spending.

The price of medical schools have risen more than four times as fast as inflation over the past 30 years, with dental and veterinary schools and nursing education showing similarly exaggerated price increases. Trainees in these fields are more likely to have taken on six-figure debt, with average debt loads at graduation in the table below. While $10,000 will move the proverbial needle less for these borrowers, does that mean they be excluded?

Now, over 2 and a half years since the start of the COVID pandemic, multiple reports have demonstrated that healthcare workers have suffered a loss in income. This loss in income was never compensated for, as the Paycheck Protection Program and the individual economic stimuli typically excluded doctors and high-earners.

COVID and the Hazard Tax

As a provider during the COVID-19 pandemic, I didn't ask for hazard pay. I supported those who did but recognized their requests were more ceremonial than they were likely to be successful.

However, I flatly reject the idea that my fellow healthcare practitioners are not deserving of student loan forgiveness simply based on an arbitrary income threshold. Healthcare providers are saddled with high debt burden, have suffered lost income, and have given of themselves during a devastating pandemic, where more than 1 million perished in the United States.

Healthcare workers should not be excluded from student loan forgiveness. Sadly, the Biden administration has signaled that they are dropping career-based exclusions in favor of a more broadly harmful income-based forgiveness restrictions. This will disproportionately harm physicians and other healthcare workers.

These practitioners have suffered financially as a result of working through the COVID pandemic; should they also be forced to shoulder another financial injury by being excluded from student loan forgiveness?

About Dr Ned Palmer
Ned Palmer, MD, MPH, is the COO and co-founder of Panacea Financial, the national digital bank for doctors. He is also a practicing pediatric hospitalist at Boston Children's Hospital and is on faculty at Harvard Medical School. He has been published on Medscape and in Academic Medicine on the topics of physician debt, and has lectured nationally on student debt and financial literacy for doctors and doctors-in-training.

Learn more about me
Email me

What to Read Next on Medscape
Special Coverage: COVID-19
Recommended Reading