News & Perspective Drugs & Diseases CME & Education Academy Video Decision Point
close
Please confirm that you would like to log out of Medscape. If you log out, you will be required to enter your username and password the next time you visit. Log out Cancel
Perspective > Medscape Blogs > Lifestyle > Dr Jennifer Frank

Physicians Voices Are Needed in the Social Justice Space 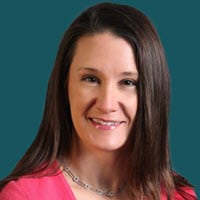 During my medical training, I felt like I was in a bubble. Most of my days were spent at school or in the hospital with my precious few hours away devoted to the fundamentals of eating, sleeping, and studying. Watching the news and reading a newspaper were luxuries I couldn't afford unless I happened to be glancing through a newspaper in the call room while trying to eat my dinner in between pages from the ER or ICU.

The all-consuming nature of medical education and training reinforced this separation, not only from family and friends, but also from the world around us. While we may have individually held strong beliefs about things like gun rights/gun control, abortion, climate change, the economy, or the status of armed conflicts around the world, we were distant spectators. We were too absorbed in the rigors of learning medicine to engage in the societal conversation.

I imagine that many, many decades ago, physicians held more sway in conversations that directly or indirectly impacted public health. Not only were we authorities, we also were highly respected members of the societies in which we lived. Which wasn't always a good thing — consider the tobacco ads that featured physicians lighting up their favorite cigarette — but we were part of things in a way we haven't been in a long time. Our bully pulpit allowed us to influence political, financial, and social decisions in important and meaningful ways, ways that are largely lost to us now.

When I consider the headlines in today's newspaper — Roe v Wade overturned, the Highland Park shooting, droughts in the West and heatwaves in the Northeast, unprecedented levels of loneliness and social isolation, crises of addiction and mental health and medical bankruptcy — I realize all that we have lost in stepping away from this conversation to "just" be a doctor. Somehow, we have allowed medicine to evolve into a profession where our responsibility to patients stops with writing the correct prescription without being actively involved in the situation of pharmaceutical price inflation or Medicare's donut holes in coverage. We may screen patients for depression and write referrals, realizing that the roots of the mental health epidemic cannot be solved on an individual patient-by-patient basis and knowing that the next appointment with psychiatry is 6 months away. We counsel parents to keep guns unloaded and locked up but do not engage with the political system to ensure that reasonable legislation is passed to protect those children from being the victim of a random shooting while watching the local Fourth of July parade or attending kindergarten.

I would argue that physicians have more responsibility than the average citizen to influence our social, economic, and political landscape because we have greater knowledge, wealth, power, and position than most of our friends and neighbors. Yet, we largely stay silent or do things like sign petitions and voice our opinions at cocktail parties. That is a generalization, as a number of physicians are actively engaged in advocacy around a number of issues, and some even are serving as legislators to influence our systems directly. It is time, I would argue, for the rest of us to actively enter the conversation.

Years ago, I was talking to a physician who spent a lot of time educating legislators around public health issues specific to children. He described how he started his advocacy the way we would with any discussion in medicine — with evidence. He had wonderful, compelling data to support his points: graphs and charts, statistics and P values. However, it did not sway the politicians to whom he was presenting. He learned over time that stories are what most people, including legislators, find compelling. So he started sharing the stories that made up the statistics. He didn't neglect the numbers — he continued to provide the data — but he focused on the individual impact when talking to those in a position of power to effect actual change.

Regardless of your public policy and public health credentials, you have stories to share that put a human face on a news headline in a way that no reporter can. One of the more compelling pieces I've read about gun safety came from a radiologist with no special training in constitutional law or guns who shared her story of treating victims of the Parkland shooting. She shared what she knew, what she saw, and her voice as a medical expert lent something new to a long-standing debate.

As physicians who are enmeshed in our communities in unique ways, we have both an opportunity and an obligation to share our perspectives, our stories, with our society in order to effect change.

About Dr Jennifer Frank
Jennifer Frank has the unbelievable privilege of being a family physician, physician leader, wife, and mother in Northeast Wisconsin. When it comes to balancing work and life, she is her own worst enemy because she loves to be busy and enjoys many different things. In her spare time (ha!), she enjoys reading suspense and murder mysteries as well as books on leadership and self-improvement. She also writes her own murder mysteries and loves being outdoors.
Connect with her on LinkedIn