News & Perspective Drugs & Diseases CME & Education Academy Video Decision Point
close
Please confirm that you would like to log out of Medscape. If you log out, you will be required to enter your username and password the next time you visit. Log out Cancel
Perspective > Medscape Blogs > Neurology

Orthodox vs Alternative Medicine: Which Is the Villain? 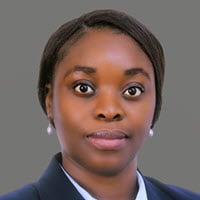 Recently, there has been heightened suspicion regarding orthodox medicine as people are taking more interest in alternative medicine. The consensus is that orthodox drugs are artificial chemicals that are harmful to the human body. Unfortunately, the postulates of this theory disregard the good, desirable effects of orthodox therapies. Rather, the adverse effects which are touted as the major disadvantages of orthodox over alternative medicine are magnified.

Many people would rather take herbal teas, supplement pills, and topical herbs than orthodox pills. It's the same formulations and appearances, but one is perceived as harmful and the other harmless. Reasons for this include dissatisfaction with conventional orthodox treatments, high cost of treatment, incompatibility with individual values, and religious and cultural beliefs. The term "natural" treatment or supplements brings down the guards of individuals who disregard the use of orthodox medicine, as they are often willing to try out "natural" remedies. Who says these "natural supplements'' do not have their side effects?

It appears that alternative medicine does not get the same level of distrust that orthodox medicine gets from the general public because alternative medicine may date back many centuries and be known to be quite effective. It's more like a case of the devil you know is better than the angel you do not know.

Furthermore, apparent trust in alternative medicine may be attributable to its lower cost, availability, and accessibility. Orthodox medicine includes prescription medications that cannot be dispensed without a doctor's prescription. Hence, the person must make a doctor's appointment, as well as go through some time-consuming processes, before treatment commences. Individual patients often have limited interaction with the physician which may cause some dissatisfaction with diagnosis and treatment modalities.

More so that the alternative medicine dispenser takes time to listen to the client's complaints and is perceived as a person with special healing powers. This perception may play a role in improving mental attitude toward illness, which has been known to determine, to a large extent, response to treatment of an ailment.

Some people would swear by the effectiveness of traditional medicines even with the nonuniform preparation methods and poorly measured doses administered. This is not disputable, as many traditional remedies are discovered and used based on anecdotal evidence. Some are dissolved in solvents produced in environmental conditions where contamination is inevitable. Side effects are considered part of the mechanism of action. People believe that their forefathers enjoyed a better life without orthodox medicine.

In fact, some orthodox medications were adopted from traditional remedies after scientific evidence from the research showed how effective they were in treating that particular ailment. A good example is the Cinchona bark which was and is still being used as a traditional treatment for malaria. The antimalarial derived from cinchona tree bark — quinine — is still a very effective antimalaria medicine.

Some persons strongly believe that orthodox drugs they ingested have altered their natural genetic makeup. And that pharmaceutical companies are not to be trusted, as they are in it for the money alone, and therefore studies and results of research are often false or fabricated. They can then be extremely paranoid in their discussion with medics, so much so that it begins to sound like a personal attack on individual medical personnel.

Medical personnel need to be careful not to get defensive and further heighten suspicion.

It is best to broach this subject diplomatically, citing scientific evidence, research, and evidence-based medicine. Pointing out that the consequences of research misconduct are grave, and that pharma companies would not be involved in such, as there are many regulatory bodies with rigorous processes before a treatment is approved. Even when new treatments are approved, adverse effects are reported and drugs may still be withdrawn if the risk of harm supersedes the benefits.

We have seen some integration of traditional and orthodox medicine — for instance, training of traditional birth attendants (TBAs) and working hand in hand with them in communities in some parts of Africa. This has been found to reduce maternal and perinatal mortality. These integrations may allay fears and distrust of orthodox medicine in the communities, although some are set in their ways and will stick to their beliefs and misconceptions despite overwhelming evidence.

Adults who have the capacity can decide to refuse orthodox medical treatments. And that's fine if it doesn't put other people in harm's way and is not a public health concern.

About Grace Eneh, MBBS
Grace Eneh is a physician and a neurology fellow. She is passionate about adequate communication with patients regarding their health conditions, believing that a large part of the management of chronic diseases lies with patients' understanding of their illnesses and the need for lifestyle modifications and medication adherence. Her areas of interest are epilepsy, stroke, and dementia. She owns a writing business, is an author, and has published many articles for various online media. She loves to read and spend time with her family.

View Grace's blog and connect with her on LinkedIn.

Cite this: Grace Eneh. Orthodox vs Alternative Medicine: Which Is the Villain? - Medscape - Aug 02, 2022.