News & Perspective Drugs & Diseases CME & Education Academy Video Decision Point
close
Please confirm that you would like to log out of Medscape. If you log out, you will be required to enter your username and password the next time you visit. Log out Cancel
Perspective > Medscape Blogs > Psychiatry & Mental Health

Hypervigilance and Helplessness in Facing Death of a Patient 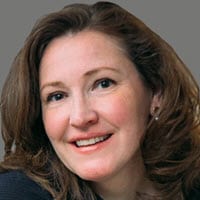 It's an early Friday morning during the pandemic. I arrive at my clinic to find my 8 o'clock slot booked with a same-day patient. As a clinical psychologist embedded within a primary care team, I meet with patients at varying frequency. I had just met with this patient on Monday — twice in one week was unexpected. Earlier in the week, she had been her typical steady self: An experienced, emotionally contained, surgical intensive care unit nurse whom I have treated for years.

On this morning, she arrives in my consultation room, takes a seat, and a steady beat emerges as her foot taps away on the linoleum floor. Tap. Tap. Tap.

Her body is restless. She shifts her weight back and forth in the sturdy exam room chair and begins to pick at her nails.

I lean forward. "How are you?"

"I don't know what's wrong with me." She pauses. Her eyes wander from me to her fidgeting fingers and then to the floor directly in front of her, where they finally come to rest. "I can't calm down. I can't settle myself…" her voice trails off.

"Are you just coming off the night shift?" I ask. She responds in the affirmative.

Aware of the need to be gentle, my voice softens. "When did this start?"

"I don't know. The past few days," she says curtly.

"Did something happen?" I find myself searching with her for a culprit.

"No. I've just been working." I can feel her frustration creep in.

I continue, approaching her cautiously with my questions, unsure whether she will erupt in anger or break down in tears. "And how about work, how has that been?"

"Work is work." The staccato of her foot punctuates her statement.

When she speaks again, her tone is insistent and her eyes once again dart between me and the floor. "Nothing has changed. I'm still worried about the same things. I still don't have any answers and now I can't settle myself. I've only been able to sleep for a few hours between shifts. I can't sleep." Her emotions begin to surface.

In that moment, I am filled with familiar feelings. We have been here before. I choose not to respond. I sit quietly. I listen.

At first begrudgingly, and then angrily, the events of the last 36 hours spill out of her. "I worked my usual. Thursday night I had the code pager. We had three codes, two of them died, one is probably going to die, and, oh yeah, my patient Wednesday night died," she adds cavalierly.

I can feel my body wanting to let out a deep sigh, but I maintain my composure. Inside, I can feel myself go limp, like a flower wilting or a balloon deflating. A space opens within me and I connect to a deep sadness, not only for the patients she has lost, but also for what she has had to endure. So much loss within a span of 3 days. My body feels what her body has yet to feel.

As she talks, I reflect on her irritability and agitation, noticing how different her feelings are from mine. I begin to understand the cause of her restlessness, the tapping, picking, and fidgeting. Her body is still reacting to the multiple life and death events to which she had been urgently called. Effortlessly, her limbic system alerted her autonomic nervous system so she could respond to the danger detected by her sensory system.

Of course, she was edgy. Her body was ready to act. To relax would be dangerous and so her body persisted, vigilant despite her need and desire for sleep and not being physically at work. Her body didn't know if it was clocked in or out; instead, it was still working to process the events of the last 36 hours. Her mind, however, resisted.

The Embodiment of Limits

For many healthcare providers, caring for critically ill patients who don't improve evokes thoughts of failure and feelings of shame. Much of their work is spent defending against death and the terror associated with it.

In The Denial of Death, Ernest Becker introduces heroism as "first and foremost a reflex of the terror of death". As he takes the reader on a journey across centuries of thinking, spanning philosophy, religions, and psychology along the way, he shares Kierkegaard's conceptualization of existential dualism between the self and the body. The self "soars out to speculate about atoms and infinity," whereas the body inevitably will become "food for worms".

At no point in healthcare is this existential dualism more aptly played out than when caring for the dying patient. The dying patient represents the embodiment of one's limits as a physician or nurse. Without full awareness of the role they have been cast into, to soar beyond what is possible, healthcare providers risk developing beliefs that could permanently disconnect them from this difficult but important truth: the reality of their limits.

Over the course of a decade of caring for healthcare professionals, there have been countless times when I have been called upon to bear witness as physicians and nurses wrestle with the painful need to acknowledge the patients they could not save.

Her frustration eases into reluctance, "Well, yeah…" and she begins the difficult task of maintaining her armor while sharing her vulnerability. As we sit and talk, a patient who she has lost begins to come into focus. Any lingering doubts I had about the source of her distress are replaced with the certainty that there have been too many stimuli for one person to handle.

Regardless of the situation, she knew the exact steps she needed to take and performed them reflexively. The last 36 hours had been spent doing her job as she had been taught. In addition to her "assignment" of caring for critically ill patients, she rushed off in response to each code page, did her necessary part in the code, and returned directly to her assignment. And yet, after delivering such precise care to dying patients, she found herself entirely unable to control her own body. Her body's refusal to cooperate was a source of frustration, a current that ran against what she had been taught in nursing school and touted herself to colleagues. She should not be affected by her work.

In healthy circumstances, the body returns to homeostasis after autonomic activation. Chronic stress is maladaptive; living in a heightened state of arousal is depleting, but bodies can only return from negative arousal if it is safe to. Sadly, I have often witnessed the relative lack of safety within the culture of medicine.

For years, I have asked my patient to take time for herself after a code, to give herself a chance to return to some sort of homeostatic state before reentering the unit. At times, I would plead with her, "Just 5 minutes." But any deviation from the ritualistic behaviors involved with carrying the code pager would be seen as a weakness. We came to a compromise: After a particularly difficult code, she would take the longer walk back to her unit.

By the end of our current session, her body begins to uncoil. She is less poised for action. The steady beat on the linoleum floor has become intermittent. In the safety of the space between us, she has found a place to ground herself. Her body, still tense, has found its way back within her control.

Her mind, initially finding it difficult to acknowledge what her body could not help but feel, has gradually relinquished the need to uphold the myth of the hero. Feelings of failure, helplessness, and terror ease and, in their place, an honest accounting of the reality of death emerges. Without the illusion that anyone can solve the problem of death, she is more readily able to extend compassion toward herself and release the need to defend against the inevitability of death.

About M. Chase Levesque
For more than a decade, M. Chase Levesque, PsyD, has provided care to healthcare providers within a large rural academic medical center. She is a clinical psychologist and clinical assistant professor of psychiatry at the Geisel School of Medicine where she also serves on the Committee for a Respectful Learning Environment. Her clinical training was centered on providing integrated behavioral healthcare within family medicine. As a result of her training and work experience caring for caregivers, she is a strong believer in the biopsychosocial (with an emphasis on occupational) model of care. She has a private practice in White River Junction, Vermont. You can reach her on LinkedIn.

Cite this: M. Chase Levesque. Hypervigilance and Helplessness in Facing Death of a Patient - Medscape - Jun 24, 2022.