News & Perspective Drugs & Diseases CME & Education Academy Video Decision Point
close
Please confirm that you would like to log out of Medscape. If you log out, you will be required to enter your username and password the next time you visit. Log out Cancel
Perspective > Medscape Blogs > Primary Care

The Incredible Power of the Stories Patients Tell Us 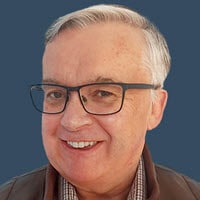 Patient stories are the lingua franca of medical practice. When someone comes to see us, their story sets the scene for all that follows. We listen to what they say, ideally without interruption, and the germs of a presenting complaint begin to emerge. By listening fully to the story the patient has to tell us, we place ourselves in the strongest position to help them effectively.

I discovered the immense power of the patient story through medical journalism. As a writer, I had more time with the patient than that afforded by a routine consultation. I had longer to listen to them. And writing a feature article based on my interviews had a reflective element which added to my awakening to the significant power of patient narrative.

Early in my career as a medical journalist I interviewed Dominic, a 46-year-old patient with significant ischemic heart disease. Dominic had been waiting over 2 years for a coronary artery bypass procedure. His medical therapy was maxed out and he had reached a stage where his mobility was compromised as a result of his heart disease. But Ireland had a severe backlog of cardiothoracic surgery cases at the time, and Dominic was waiting in limbo to be called in for his procedure.

Ireland has a two-tier health system. Dominic was among the 40% of citizens who received free medical care. The other 60% of the population pay into a private health insurance plan or pay for care out of their own pockets. Doing so gives them the opportunity to bypass delays in the public health system.

My piece about Dominic appeared in The Irish Times. I wrote it primarily to highlight the crisis in cardiac services at the time and the inequalities of the health system, with Dominic's story the hook on which it hung.

The day after it appeared in print, something extraordinary happened. Several people got in touch with the newspaper to see if they could contribute to Dominic's treatment in a private hospital. One particularly generous offer was sufficient to cover the full cost of his procedure. My editors were nonplussed. Nothing like this had ever happened before. Not least of their concerns was that a newspaper is not a charity and did not have a ready mechanism to handle such a large donation.

These problems were overcome with propriety and sensitivity. But they exposed the power of an individual's patient story to motivate action. And for me came the realization that each story we hear from patients throughout our busy doctoring days has an immense and unique strength.

Active listening is the key to unlocking the potential of a person's narrative. Being allowed to tell their story in full matters to patients. Despite the fears of busy doctors, uninterrupted patient narratives rarely last longer than 75 seconds. For the insights they offer into investigation, diagnosis, and treatment, they are timeless.

About Dr Muiris Houston
Muiris Houston lives on the west coast of Ireland In Connemara, County Galway, and is especially interested in the stories patients tell.

Muiris is adjunct professor of narrative medicine at Trinity College Dublin, where he teaches and researches narrative-based medicine; he also teaches a narrative medicine module to postgraduates at the Royal College of Physicians in Ireland. He holds a master's degree in medical humanities from the University of Sydney, Australia.

He is co-organizer of the international dotMD conference, a festival of medical curiosity. Muiris is a columnist with The Irish Times and the Medical Independent.

A graduate of Trinity College Dublin medical school, Dr Houston is board registered in occupational medicine and family practice.

Cite this: Muiris Houston. The Incredible Power of the Stories Patients Tell Us - Medscape - Jun 17, 2022.