News & Perspective Drugs & Diseases CME & Education Academy Video Decision Point
close
Please confirm that you would like to log out of Medscape. If you log out, you will be required to enter your username and password the next time you visit. Log out Cancel
Perspective > Medscape Blogs > Primary Care

It Starts at the Beginning: Racism in the Medical Profession 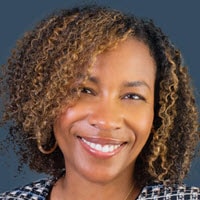 It makes sense for me to start my blogging journey from the beginning.

When I was an undergrad, my premed advisor told me there would be no point in me applying to medical school because my grades were too low. This comment came after making high marks in his cell biology class, a result of finally learning how to regurgitate large amounts of information.

College had been an uphill struggle of trying to reach my childhood dream of being a doctor. After hearing those words from my advisor, I gave up on a career in medicine and it would take me years to finally find the courage to even apply.

To my surprise, when I finally did apply years later, I received several interview requests. It wasn't long before I found myself interviewing at my top choice.

Walking from the parking deck up the long hill to the medical school toward my first interview, I was so nervous. I was interviewing with an emeritus professor who was a legend and felt privileged just to have a one-on-one conversation with him.

After about 5 minutes, we were past the initial formalities and now getting deeper into my academic merit.

"Your postbac course grades are stellar and definitely show continued growth from your undergraduate journey," he began. I was proud of this. After recommitting to a career in medicine, I was accepted to a prestigious postbaccalaureate program and did very well.

"And I see you did the local summer program and received a 'highly recommend' for your performance. That's great," he said.

Yes!, I thought. This is going so well

"The first time I took it, I tried my best but really didn't understand how to study," I explained with a smile. "It wasn't until I had a conversation with a mentor that I learned I needed to approach the studying process from a different angle."

After restructuring my study time to spending the bulk of time doing practice questions and tests, I had scored within the 90th percentile for one section and dramatically improved my total score.

I was a little confused at how to respond. I thought I just told him. Did he want me to walk him through my process? Did he want more detail? Where should I start?

Before I could decide how to proceed, he continued: "These scores don't change by this much. So how did you cheat?"

The comment was so absurd that I did probably the worst thing I could have done in the moment. I laughed. If he knew how much of a rule follower I was, he would have never said that.

I assumed he was joking. But before I could respond, he pressed again. "Tell me." He was serious.

He then began lecturing me on how medicine is a profession built on integrity and how I should be respectful of it. How if I were to be accepted I should not expect to have it so easy in medical school.

He ended my interview abruptly, claiming to have another interview after mine. I left and immediately withdrew my application. This time, I would reject this behavior before I allowed it to reject me.

That was the beginning, my introduction into medicine. After over 10 years, I'd like to think that I have healed from these experiences but honestly, I haven't. I am convinced that my story is not rare, especially for Black Americans applying to medical school.

In the 2021 American Medical College Application Service (AMCAS) cycle, 6167 applicants who racially identified as Black- or African American–only applied to medical school, an increase of 1800 applications compared with the year before. Despite this surge in applications, only 34% of these applicants matriculated, a decrease from the matriculation rate of 40% in 2020.

This decline in acceptance was also seen for Hispanic-, Latinx-, and Spanish-only applicants, with a decrease in acceptance from 47% in 2020 to 38% in 2021. A wide body of evidence supports the belief that racial representation within a healthcare team is critical to improving healthcare outcomes, yet in the United States, rates of acceptance to and successful graduation from medical school and residency programs for underrepresented populations in medicine continue to fall short.

Historically, underrepresented minorities face significant barriers to gaining successful acceptance to medical school. Most explanations into the why behind this is often focused on the deficit of the learner — how, like most things, there is always more to the story. The current AMCAS survey does not assess applicant experience within the application process, but I believe hearing these stories could be another integral piece to understanding the continued deficit in diversity of historically marginalized populations in medicine. If you heard their stories, would you believe them?

About Dr Jonisha Brown
Jonisha Brown is a faculty member in the Department of Family Medicine at Atrium Health. She earned her medical degree from Wake Forest University, Bowman Gray School of Medicine, and continued to complete her residency training in family medicine at Carolinas Medical Center where she also served as chief resident. Dr Brown obtained her BS in psychology and BA in biology from the University of North Carolina at Charlotte. She enjoys spending time with her husband and two boys, traveling, and experiencing cultures through food, conversation, and entertainment.

Cite this: Jonisha Brown. It Starts at the Beginning: Racism in the Medical Profession - Medscape - Jun 15, 2022.