A Picture Is Worth 1000 Words: How Medical Images Impact Physician Biases 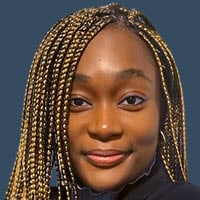 More than halfway through my medical education, it dawned on me: I had yet to encounter a BIPOC (Black, Indigenous, people of color) patient. This is due to my medical education in a rural region in the East Midlands, United Kingdom, where the likelihood of encountering a patient like me (a young Black woman) is rare. But this lack of exposure to a diverse patient population could have implications on my future practice as a physician. After all, if I myself had little idea of how to care for a patient like me, how could I expect the rest of the physician workforce to?

In medical school, although one might think that we are taught how pathologies affect all patient populations, including those from ethnic backgrounds, this is not always the case. In the UK, for example, while we are taught about the social determinants of health and how our intrinsic biases and prejudices can affect our clinical practice, what we are not taught about is the presentation of certain conditions on Black and Brown skin, particularly dermatologic conditions. Such ideas are a part of the "hidden curriculum," as it is occasionally called — concepts that not formally taught, yet have a substantial influence on a student's development throughout their medical education.

Sadly, though, my experience is far too common and reflects some of the larger issues in healthcare representation. For instance, a study showed that only 4.5% of dark skin tones were represented in 4146 images from some of the most popular textbooks used in medical education, with the overwhelming majority of images (74.5%) being of lighter skin.

In fact, anecdotally speaking, I can count the number of times I have encountered medical images of darker-skinned patients on one hand. Initially, I was oblivious to such disparities, as I didn't know any different. I encountered images on lighter-skinned patients during every teaching session — this was the norm. It wasn't until the Black Lives Matter movement and the pandemic cast a light on systemic racism, especially in healthcare, that emphasis on decolonizing the UK medical curriculum became more widely known and I began the process of unlearning some of the things I had subconsciously accepted as fact during my first few years of medical school.

Unfortunately, though, lack of Black/Brown images in medical teaching is just the tip of the iceberg in the issue of systemic racism in medicine, which also includes topics such as the lack of representation in academia and clinicians' implicit positive bias to lighter-skinned patients and negative bias toward dark-skinned patients.

Among other detrimental effects, these issues result in physicians' inability to recognise presentations on darker skin colours, which ultimately leads to poorer outcomes for BIPOC patients, thereby worsening health disparities and furthering racial inequalities. Furthermore, a lack of representation in textbooks and the hidden curriculum may lead to unconscious association of certain races with certain diseases in us as future physicians, thereby unintentionally powering the existing biases that so many of us work to rid.

Fortunately, in recent years, we have seen a growing awareness of these potentially damaging effects, and issues such as unequal representation in medical textbooks have at least been recognized as a problem that many upcoming medical students are consciously aware of. For example, Malone Mukwende, a fellow medical student in the UK, created Mind the Gap, a compilation of dermatologic conditions on Black and Brown skin. Another medical student, Chidiebere Ibe, created medical illustrations on Black skin tones.

I believe that becoming aware of the problem is the first step in the right direction. As doctors, it is our duty to help all members of society, irrespective of their race or background. For this reason, I encourage medical students to actively seek out resources (like Mind the Gap) to educate themselves about various medical presentations on underrepresented groups in medicine, in efforts to unlearn and combat the effects of systemically racist teachings and associations.

In this way, we may develop a more inclusive understanding of the society that we serve; allowing us to enhance our knowledge and quality of care, which ultimately will benefit all of society, not just an exclusive portion of it. Remember, to always question the basis of certain racial assumptions accepted as fact (such as varying lung capacities according to race), as the issue of systemic racism in medicine is multifaceted and extends beyond skin conditions.

Moreover, don't be afraid to speak up. If your lecturers don't feature inclusive images or fail to touch upon how different presentations appear in different groups of people, ask them about this and if they could include it in future. Email editorial teams of question banks or medical student resources about their content and images (I did!). Things will only change if we are bold enough to make a difference and, ultimately, be different. Your patients will thank you for it one day!

About Miranda Ntorinkansah
Miranda Ntorinkansah is a medical student studying at the University of Nottingham in the United Kingdom. As a first-generation medic, Miranda is passionate about helping other students from similar backgrounds achieve their dream of becoming a doctor. She's the co-founder and director of Med2Be Consultants, a consultancy focused on helping students through the vigorous medical application process in the United Kingdom. Her other interests include medical education and helping underserved communities in medicine. She is dedicated to championing equality through her business, and in the future, through her work as a doctor. In 2022 she joined the Duma Lab.

Cite this: Miranda Ntorinkansah. A Picture Is Worth 1000 Words: How Medical Images Impact Physician Biases - Medscape - May 24, 2022.