News & Perspective Drugs & Diseases CME & Education Academy Video Decision Point
close
Please confirm that you would like to log out of Medscape. If you log out, you will be required to enter your username and password the next time you visit. Log out Cancel
Perspective > Medscape Blogs > Health Policy & Politics > Dr Michael Miller

With US Gun Violence, Silence = Death, so Where Is the Outrage? 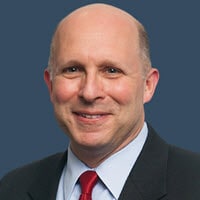 In the early days of the AIDS epidemic, the organization ACT UP created the awareness saying "Silence = Death." That statement was their way of promoting discussion and awareness of AIDS as a scourge that was killing millions of people. Their goal was not just awareness, but research on treatment and prevention.

I was in medical school when AIDS first appeared, and my early jobs in federal health policy had a lot to do with AIDS research. The responses to recent mass shootings reminded me of those days as I have seen groups of people holding moments of silence — including on the floor of the New York Stock Exchange after the killing of 19 children and two teachers at an elementary school in Texas.

Clinicians and their families should be concerned about ongoing gun violence because it not only affects their local communities, but it is also occurring in hospitals. Just 8 days after the shooting in Uvalde, Texas, a patient killed four people at a medical complex in Tulsa, Oklahoma — two physicians, a receptionist, and a person accompanying a patient — with an assault rifle legally purchased that day. And gun attacks on healthcare workers are increasing, with the shooter often being a patient known to the targeted clinician.

I understand the positive benefits of moments of silence to remember people who were murdered, and the important connections to contemplative and religious practices. However, there have been no substantive responses in this country to the ongoing mass murders with guns that were illegal to manufacture or buy in the US from 1994 to 2004. Thus, it struck me that silence equals more death.

Therefore, I ask, in addition to moments of silence, shouldn't there be episodes of loud outrage? That was ACT UP's response: Loud, public demonstrations to drive individuals and organizations to take more action for preventing and treating AIDS. For example, while working on AIDS policy at the NIH, I was at the 6th International AIDS Conference in San Francisco in 1990, and ACT UP orchestrated a coordinated loud protest to drown out HHS Secretary Louis Sullivan during his speech, with shouting, air horns, and all manner of non-silence.

Those non-violent protests produced positive results. For example, Anthony Fauci, MD, NIH's lead AIDS researcher and policy official, listened to the activists and developed a relationship of dialogue with leaders of many groups. His leadership set an example for other clinicians and researchers to develop cooperative and collaborative relationships with vocal and engaged patient activities — which continues today with greater emphasis on patient-reported outcomes as part of clinical research.

So, how should physicians and other clinicians respond to these tragedies and the apparent societal complacency?

Moments of silence can bring communities together and help with personal and societal healing, but they may not be effective in promoting positive changes. Clinicians as community leaders should consider speaking out — or shouting out — about access to guns and mental health treatments, which are important public health issues.

Every individual is different and every community is different, but participating in community forums, writing letters to the editor or opinion pieces, and engaging with elected and appointed officials (and their staff) are all ways to make your voice heard.

Those may all be uncomfortable actions for some, but are they more uncomfortable than attending another moment of silence or a funeral for a child or colleague, or trying to explain to your own children why their friends or classmates were killed in another mass shooting with a gun designed for one thing — killing people?

Everyone involved with health and healing needs to consider how to respond to these preventable public health tragedies. Beyond participating in moments of silence to remember victims of gun violence, making our voices heard and loudly expressing outrage is a good next step, and the least we can do.

About Dr Michael D. Miller
For more than 30 years, Michael D. Miller, MD has been working with large and small companies, government organizations, and patient advocates to improve access and affordability for treatments and innovations. His work has spanned many clinical, scientific, and policy areas, including autoimmune diseases, behavioral health, cancer, cell/gene therapies, diabetes, patents, reimbursements, and vaccines. He graduated from Williams College and Yale Medical School, has served on several nonprofit boards, and has spoken across the country on critical healthcare issues.

What to Read Next on Medscape
Special Coverage: COVID-19