News & Perspective Drugs & Diseases CME & Education Academy Video Decision Point
close
Please confirm that you would like to log out of Medscape. If you log out, you will be required to enter your username and password the next time you visit. Log out Cancel
Perspective > Medscape Blogs > Business > Latoya Stewart

Why I Quit My Dream Nursing Job 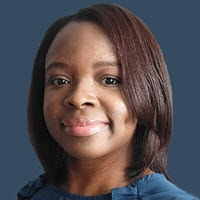 In nursing school, I took clinicals at several hospitals but one always stood out. I just knew that when I graduated, I would end up at that hospital. It was my dream. I loved the way the nurses walked around so confident in the care that they provided. They were not nervous when speaking with doctors. They appeared to have an in-depth understanding of the disease process they were tasked to treat. I was particularly impressed in the teamwork that appeared to happen during a code. Each member knew their role and worked collaboratively.

Once I graduated from nursing school, I immediately started applying to this particular hospital. I reached out to directors of units that I did my clinicals on and tried my best to get a place in this hospital. Unfortunately, this was not the hospital where I started my nursing career, but I did not give up. I learned many things during my first 2 years as a nurse, and when the opportunity presented itself, I applied for a per diem position at my dream job and landed it.

Finally, I had made it. I could not believe it; here I am, working on the unit where I had my best clinical experiences in the hospital of my dreams.

Within a year of being there, I was offered a full-time position followed by the title of "head nurse," which would later change to "nurse manager." The shifts were busy, sometimes exhausting, but I felt fulfilled for a few years.

After a while, I started wondering what's next. I was then tapped to apply for a director role in a sister hospital. I gladly took on that role and grew as a leader. During that time, I was often asked to cover other units in the absence of their base leaders or while recruitment for that director was in place.

My days became longer, my phone rang more, my ability to disconnect dwindled, and my dreams were filled with unresolved issues from days before. I would come in on various shifts because there was a need in the hospital.

How could it be that the thing I had worked so hard for began to consume my life in such a way? I came home exhausted at times, and my only energy was to shower and get in bed. Time spent with my sons and holidays would, at times, be interrupted by issues at the hospital that needed my attention. Did I really have the full understanding that leadership was a 24/7 role? How was this role affecting my ability to be a parent, partner, friend, and daughter?

I began to self-reflect and wrestle with the thought that my dream career was somehow shifting. Was I ready to give up the white coat and cellphone that seemed to rule my life? I wrote and rewrote my letter of resignation several times before building up the courage to say those words.

Could I really walk away without knowing what my next steps would be?

Apparently, I could. I gave notice. I spoke with and received encouragement from my family and close friends. Though it was probably one of the hardest break-ups of my life, it was absolutely necessary.

As children, we are taught that we would grow up, choose a career, have a family, and live happily ever after. The reality of adulthood is vastly different.

As our lives change, our careers may most likely change too. In moving up the nursing leadership ladder I lost sight that nursing has many areas, and while I'm not sure where my next role will land me, I know I'm making the right decision in the search for a balanced life.

About Latoya L. Stewart
Latoya Stewart is Jamaica-born and New Jersey–raised, this millennial mom of two is navigating her way through middle management while quieting her middle-child syndrome. A graduate of UMDNJ and Rutgers University, she received her bachelor's in journalism, history, and nursing as well as her master's of science in nursing. Like most nurses, she believes she has a heart of gold and the mouth of a drunken sailor. Follow her on Instagram: @mindoftoya