News & Perspective Drugs & Diseases CME & Education Academy Video Decision Point
close
Please confirm that you would like to log out of Medscape. If you log out, you will be required to enter your username and password the next time you visit. Log out Cancel
Perspective > Medscape Blogs > Primary Care > Dr Jemma Alarcón

Be Prepared to Talk PrEP 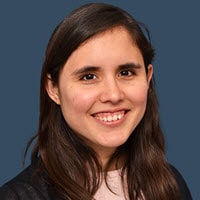 While reviewing my morning clinic schedule, I noticed that my first patient was a telehealth appointment for "lab results." Upon reading the notes in her chart, I learned that she was recently treated for syphilis. I also noted that she had been diagnosed with other sexually transmitted infections, including gonorrhea, in the past. I wondered if she had been offered preexposure prophylaxis (PrEP) before.

When I spoke with her on the phone, the patient was relieved to hear that the treatment for syphilis was working. While explaining that we would have to recheck her titers in 6 and 12 months, I asked if she had heard about PrEP.

As a medical student, I learned that clinicians should offer PrEP to people at substantial risk of contracting HIV. The "substantial risk for HIV acquisition" was primarily based on individual behaviors and history: sharing drug injection equipment; inconsistent condom use with partners whose HIV status is unknown; diagnosis of syphilis, gonorrhea, or another STI within the past 6 months. A clear challenge with this approach is knowing the sexual history and drug use behaviors of your patients.

The first medication approved by the US Food and Drug Administration for PrEP was Truvada (emtricitabine 200 mg and tenofovir disoproxil fumarate 300 mg), which the agency approved for adults in 2012 and later in 2018 for adolescents weighing at least 35 kg (77 lb). In 2019, Descovy (emtricitabine 200 mg and tenofovir alafenamide 25 mg) followed and was reported to have a better safety profile for renal and bone effects than Truvada. If taken as prescribed, PrEP can reduce HIV transmission by 99%. Depending on the setting, patients will reach protection within 21 days of daily use (7 days in rectal tissue) and consistently.

A recent survey by the Centers for Disease Control and Prevention (CDC) found that more than 1.2 million Americans were eligible for PrEP in 2018 but only an estimated 18% were prescribed the medication. At that time, PrEP coverage was three times as high among males (21%) as among females (7%). That study also found the lowest rate of PrEP coverage among people aged 16-24 years, of whom 11% were receiving the drugs. Adjusting for race, PrEP coverage was 6% for Blacks, 11% for Hispanics/Latinos, and 42% for Whites and ranged from 5% in Wyoming to 41.1% in New York.

New PrEP guidelines from the CDC now recommend that clinicians inform all sexually active adults and adolescents about PrEP, just as we talk to them about birth control.

So, what then? As I explained to my patient, you first need to test for:

After those results come back, continue to encourage patients to practice safe sex — including condom use and not sharing injection equipment, if relevant — and recheck HIV and other STI labs every 3 months and renal panels 6-12 months after the first prescription (6 months if eCrCl < 90 mL/min or the patient is older than 50). If using Descovy, a lipid panel should also be obtained every 12 months. Given the high risk of developing resistant HIV, I prescribe enough PrEP for 3 months and only refill after labs are reviewed.

An exciting new medication is the IM cabotegravir (CAB 600 mg), a newly approved PrEP therapy that is particularly appropriate for patients with renal disease. The regimen involves an initial injection, a second dose 1 month later, followed by injections every other month.

At every follow-up visit, patients should be assessed for HIV Ag/Ab and HIV-1 RNA. STI screening every 4 months or more often also is advised.

Patients should know that there is a "tail" when discontinuing CAB. Blood levels of the drug slowly wane over time, with a median time to undetectable plasma levels of 44 weeks for men and 67 weeks for women.

My patient was very interested in starting PrEP, and I am glad that we have new options to keep our patients healthy.

About Dr Jemma Alarcón
Jemma Alarcón, MD, MPH, was born in South Texas and grew up in Northern Mexico. She completed her undergraduate degree in public health studies at Johns Hopkins University. She graduated from UC Irvine's PRIME-LC, a 5-year MD/master's program designed to foster physician-activists who serve the Latino community. She also completed a master's in public health at Johns Hopkins Bloomberg School of Public Health. She is currently a third-year family medicine resident at Ventura County Medical Center.

Please note that writings represent the author's views and do not reflect the views of the Healthcare Agency or County of Ventura Government.