News & Perspective Drugs & Diseases CME & Education Academy Video Decision Point
close
Please confirm that you would like to log out of Medscape. If you log out, you will be required to enter your username and password the next time you visit. Log out Cancel
Perspective > Medscape Blogs > Business > Dr Joel Greenwald

Balance Your Portfolio for Retirement: Today's Bull Market Could Be Tomorrow's Bear Market 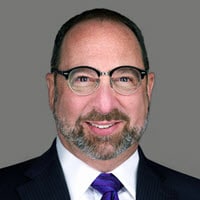 I've been struck over the last several months by the number of retired physicians I have spoken to who proudly proclaim how heavily invested in stocks they are.

Most financial planners would recommend that clients who are financially independent and no longer gainfully employed should have 40%-60% of their portfolio in stocks, diversified with other investments with little to no correlation with the stock market.

Human nature being what it is, we shouldn't be too surprised that many older physicians are positioning their portfolio heavily in stocks, likely taking more risk than needed and is advisable. We can understand this better by looking at history through a psychological lens.

What do these facts tell us? The last decade has been an outlier. The extraordinary returns of the last decade have led to valuations that appear stretched, making it more likely we'll see a significant market decline that brings valuations back to more normal levels — aka regression to the mean.

Though I don't have a crystal ball, as a financial advisor I would expect returns over perhaps the next decade to revert to the prior decade, likely below the 10% average annual return of the last 90-plus years.

The Recency Bias and Behavioral Finance

With the likelihood of a return to "normal," why the trend toward stock-heavy portfolios? At least part of the answer lies in the cognitive effect called "recency bias," which leads people to favor recent events over historical ones. People are making investment decisions based on the last decade's extraordinary market performance while minimizing the 57% decline from October 2007 to March 2009.

Some people say we are experiencing a stock market bubble, defined as a wildly overvalued market where herd behavior continues to bid up the price of an asset beyond any reasonable valuation.

A bubble, or simply an overvalued market, combined with recency bias can lead to trouble for people who invest too aggressively, with too much of their portfolio allocated to stocks. However, when the bubble bursts and valuations crash back to earth, anyone holding these assets can face devastating investment losses.

The problem is the difficulty of appreciating bubble conditions in real time. As just two recent examples, we had the dot-com bubble at the end of the 1990s, plus the real estate bubble in the mid-2000s that led to the bear market that began in October 2007. Few people were accurately able to forecast either of those declines ahead of time.

Whether or not we call today's market a bubble, retired investors need to consider the risk of getting caught up in the fun and excitement of a frothy stock market. Remember, if you are early in retirement, your portfolio is likely at the highest dollar value it will ever be. With the most dollars at risk, the last thing you can afford is a market downturn.

For example, say you have a large percentage of your portfolio in stocks and the market takes a hit. If you are retired, you may need to sell your stocks at a depressed price to support your monthly/annual spending. As a result, you'll miss out on the opportunity for gains when those stocks rebound.

If you need a real-life example of what can happen, you probably remember the physicians who retired at the beginning of 2007, only to be back in practice in 2009. Many were undoubtedly overinvested in stocks, saw their portfolios dwindle, feared they would run out of the money, and needed to support their retirement spending by returning to medical practice.

Here's a better way. Create a diversified portfolio so that when stocks are down, you can sell other assets in your portfolio for living expenses. This approach lets you preserve your stocks for when the market inevitably rebounds.

What to Do if Your Portfolio Is Stock-Heavy

If you're concerned your portfolio might lean too heavily on stocks, you or your financial advisor should look at the percentage of stocks in your overall portfolio, as well as what kind of stocks you hold.

For younger docs with a longer time horizon, the stock allocation can certainly be higher than the 40%-60% cited earlier. If you're close to or in retirement, owning more conservative, income-generating stock is likely a better bet than loading up on more speculative issues. At the same time, even blue-chip stocks can decline significantly — so you still need to take a good look at the percentage of your portfolio invested in stocks.

Sometimes we can see more clearly by talking about dollars rather than percentages. So, say you're entering retirement with $5 million and your portfolio is 100% in stocks. An average bear market is a decline of 30%. In this case, you would lose $1,500,000. At the same time, you'll continue taking money out of your portfolio for spending, further depleting its value. That's a big chunk of change!

Are You Experiencing FOMO?

Another psychological reason some people are going overboard on stocks is the fear of missing out (FOMO) on stock market gains. Do your friends, colleagues, or neighbors brag about their incredible stock returns, leaving you feeling like a sucker who's not investing aggressively enough?

Remember that their financial situation may be different than yours. Or the gains they are bragging about might not be as much as they think. Oh, and they neglect to mention the stock losses, too. Just as with Facebook, everyone is not necessarily having more fun than you. And like the proverbial fish tale, some people are prone to exaggeration. What people present to others is often not the same as reality.

If you are tempted by today's market, take a step back. If you run your financial plan and extrapolate out over, say, the next 30 years, what sort of return do you need on your portfolio to meet your goals? If you need 5%, aiming for a higher rate of return by overallocating to stocks can put your portfolio — and your overall financial plan — at risk for failure. As you near retirement, the best advice is not to get caught up in the hype, unnecessarily risking your nest egg.

The above article is intended for informational purposes only. Please consult a legal or tax professional regarding your situation.

About Dr Joel Greenwald
Joel S. Greenwald, MD, is a graduate of the Albert Einstein College of Medicine in Bronx, New York, Joel completed his internal medicine residency at the University of Minnesota.

He practiced internal medicine in the Twin Cities for 11 years before making the transition to financial planning for physicians, beginning in 1998.

Joel's wife is a radiation oncologist, making him all too familiar with the stress of medical practice.

Knowing firsthand the challenges of practicing medicine, Joel's passion is making the lives of physicians easier by helping relieve them of financial worries.

Connect with him on LinkedIn or on his website.