News & Perspective Drugs & Diseases CME & Education Academy Video Decision Point
close
Please confirm that you would like to log out of Medscape. If you log out, you will be required to enter your username and password the next time you visit. Log out Cancel
Perspective > Medscape Blogs > Psychiatry & Mental Health

The Emerging Role of Ultraprocessed Foods in Mental Health 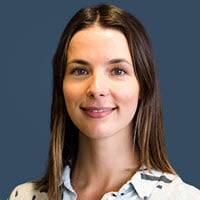 Ever wondered why you've gulped down a glass of store-bought orange juice, after a serving of salty fries, and thought to yourself, "I'll have another, please"?

Or maybe you've wondered why that jam sandwich on white bread left you feeling unsatisfied and wanting another.

I certainly have and, in fact, I've always thought of white bread as comparable to cotton candy, with its sweet, cloud-like, and malleable properties. Add a sprinkle-o'-sprinkles and voila — food of the fairies (or "fairy bread" as we in Australia like to call it)!

Perhaps you already know the reasons why these types of highly refined beverages and foods — which fall under the category of "ultraprocessed" — affect our risk for overconsumption (as well as common physical conditions, such as type 2 diabetes mellitus and heart disease), but new research suggests these consumables may also influence our mental health.

As suggested in the name, ultraprocessed foods are factory-made and highly refined, and they do not really contain intact or whole food. They also taste really good and leave us wanting more because they typically contain excess levels of sugar, saturated fat, and salt. Ultraprocessed foods are subsequently high in energy, or calories, and as well as containing artificial food additives, these foods are commonly low in protein, fiber, and essential vitamins and minerals.

In Western countries, such as the United States, the United Kingdom, Canada, and Australia, approximately half of our daily calories come from ultraprocessed foods. Some common examples include highly refined industrialized and mass-produced breads (eg, white bread with many unrecognizable ingredients), frozen and shelf-stable ready-to-heat or ready-to-eat meals (eg, frozen pasta, pies, and nuggets), and fast-food dishes (eg, hamburgers, pizza, and French fries from fast-food outlets). These are closely followed by pastries, buns, and cakes; breakfast cereals; biscuits; fruit drinks and iced teas; and confectionary.

The consumption of these foods has substantially increased in recent years, raising concerns because we all too often replace a substantial proportion of freshly prepared dishes made from nutrient-dense unprocessed or minimally processed foods with those that are ultraprocessed.

My team and I recently conducted a study that found ultraprocessed foods were associated with a 22% increased risk for future depression, which took 2-10 years to develop.

The link between ultraprocessed foods and depression supports other strong evidence that traditional and less processed diets, such as the Mediterranean diet , lowers our risk for and helps manage depression. A traditional diet from the Mediterranean region includes a wide variety of vegetables, fruits, and whole grains; healthful fats, such as nuts, seeds, and olive oil; and moderate amounts of dairy, fish, white and red meat, and eggs.

There are multiple proposed explanations for why ultraprocessed foods are associated with depression. But preliminary theory highlights the possible negative impact of ultraprocessing on our gut microbiome (ie, the trillions of microorganisms that live within our intestinal tract — or "gut bugs," as I like to refer to them!) and the gut microbiome's subsequent role in promoting inflammation.

In fact, greater levels of circulating inflammation (or inflammatory factors in the blood supplying all of our body's tissues) are seen in approximately 25% of patients with depressive symptoms. And such factors as poor diet quality coupled with less diverse or fewer health-associated gut bacteria may be to blame.

Where to Go From Here?

Although at this stage, it remains unknown exactly by how much ultraprocessed foods should be reduced, we can say that swapping out fruit juice, fries, and fairy bread (and their tempting second-serves) for food that is non-ultraprocessed might be an important lifestyle factor for protecting our mental, as well as our physical, health.

About Melissa M. Lane
Melissa M. Lane is a PhD candidate at the Food & Mood Centre. She holds a Bachelor of Nursing (Pre-registration), Graduate Diploma in Psychology, and Bachelor of Psychological Science (Honours). Melissa has a particular interest in the link between ultra-processed food and mental health.