News & Perspective Drugs & Diseases CME & Education Academy Video Decision Point
close
Please confirm that you would like to log out of Medscape. If you log out, you will be required to enter your username and password the next time you visit. Log out Cancel
Perspective > Medscape Blogs > Primary Care > Dr Giancarlo Toledanes

Ambiguity About COVID: A Not-So-Surprising Challenge 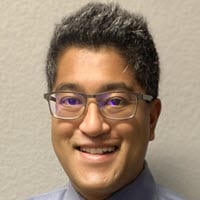 Guarantees in life are scarce. So when a global pandemic throws our environment into disarray, it is natural to shy away from ambiguity and lean into patterns that align with our worldview. Various perspectives can come into conflict as we try to manage health policies regarding masking, vaccinations, and lockdowns. The challenges of ambiguity include:

Ambiguity is a fear amplifier, and COVID has laid bare the public's discomfort. Clinicians and scientists, however, accept ambiguity as part of the scientific process. Whereas clinicians and scientists practice with an acceptable risk, the public may desire a more definitive stance. Clinicians see science as an iterative process with decisions made, changed, and refined on the basis of new information. However, rapid cycles of change are interpreted by the public as indecision. Simply put, we are living in a gray zone.

Ambiguities in the Time of COVID-19

The most apparent ambiguities in COVID-19 have implications regarding public health policy.

Severity of illness. Initially touted by some as a mere "case of the flu," its normalization made implementation of policy difficult. This aligns with the natural response to ambiguity, in which familiar patterns are sought in the unfamiliar, and, in this case, resulted in loss of early control of the virus. Ambiguity remains even as research describes the Delta variant as more transmissible and twice as likely to result in hospitalization in unvaccinated individuals. Pediatric cases are increasing, with more than half of infected children presenting with mild symptoms. Severe cases that result in hospitalization and death have also been reported. Adding to the uncertainty are the extent of complications like MIS-C, or multisystem inflammatory syndrome in children, as well as "long COVID" symptoms.

Masking recommendations. As Dr Judy Stone opined in her Medscape blog Muddled About Masks, "The CDC has certainly made a mess about masking advice. I understand that science changes and recommendations evolve, but I'm getting whiplash over this one." If a trained clinician who understands and accepts a level of ambiguity in the science is "getting whiplash," how much more with an ambiguity-averse public? In May 2021, Texas Governor Greg Abbott, along with six other states, signed an executive order banning mask mandates when the number of COVID cases was on the decline. Now cases are again on the rise, yet we continue with the status quo. However, the impetus to reverse course is difficult because of the politicization of masking, making an otherwise clear recommendation to mask up ambiguous.

Management of the disease. There is still a segment of the population that believes that hydroxychloroquine is efficacious and safe despite extensive research to the contrary. According to the Ellsberg paradox, the inconsistencies in people's decision-making are due to people's preference for choices with quantifiable risks over those with unknown risks. In short, people tend to be more ambiguity-averse than risk-averse. Despite lack of evidence for its use, some people gravitated toward hydroxychloroquine because it was a more tangible solution that minimized ambiguity despite its significant risks.

Vaccinations. The Ellsberg paradox is most evident in COVID-19 vaccine hesitancy. The overall fatality rate of COVID-19 is 2%, yet more than 99% of COVID-19 hospitalizations and deaths are in people who are unvaccinated. Long-term and short-term side effects are often cited as a reason for not getting the COVID-19 vaccine. According to the CDC, side effects such as anaphylaxis (two to five people per million vaccinated), thrombosis with thrombocytopenia (39 people out of 13 million doses of Johnson & Johnson vaccines; two people out of 328 million doses of Moderna vaccines), and death (6490 people out of 346 million doses, or 0.0019%) are exceedingly rare. However, for some, the level of uncertainty is higher with vaccines rather than with the virus itself.

The Crisis and Emergency Risk Communication (CERC) guidelines issued by the US Centers for Disease Control and Prevention outline that policy must be governed by sound scientific data with an understanding of human behavior. Among their recommendations is to "share information that is known and what is not known, and what is being done to fill in the information gaps." However, as previously demonstrated, uncertainty heightens anxiety, panic, distress, and hopelessness.

A study by Paul Han and coworkers echoed similar challenges when they compared three methods of information presentation to reduce ambiguity aversion in response to the COVID-19 pandemic: uncertainty + uncertainty-normalizing language; uncertainty + hope-promoting language; uncertainty + prosocial language. Their study found that the use of uncertainty-normalizing language encouraged study participants to become less ambiguity-averse as compared to prosocial or hope-promoting language. However, just as in Jia's study, Han concluded that "ambiguity aversion was manifest cognitively and emotionally, but not behaviorally." There was "no effect on intentions for COVID-19 risk-reducing behaviors or vaccination." Clearly, the challenge remains of how to utilize knowledge of ambiguity and use it to direct specific behaviors.

Plan for the Worst and Hope for the Best

Although human behavior may not have been directly influenced by ambiguity-reducing practices, it still supports the vital issue of mental health. From a public health perspective, decreasing anxiety, distress, and hopelessness can help us to endure uncertainties long after the end of the pandemic. With more questions answered, new questions will arise. Our success will be determined by how readily we adapt to changes. As the Stoic mantra holds, plan for the worst and hope for the best.

About Dr. Giancarlo Toledanes
Giancarlo Toledanes, DO, is an assistant professor of pediatrics and a pediatric hospitalist at Texas Children's Hospital and Baylor College of Medicine in Houston. His professional interests include quality improvement, health equity, faculty development, and social psychology. When he is not in the hospital, he is a cook and a handyman to his wife, an amateur LEGO builder to his son, an aspiring unicorn to his daughter, and a walking burp cloth to his baby daughter. Connect with him on Twitter: @ ToledanesGian