News & Perspective Drugs & Diseases CME & Education Academy Video Decision Point
close
Please confirm that you would like to log out of Medscape. If you log out, you will be required to enter your username and password the next time you visit. Log out Cancel
Perspective > Medscape Blogs > Lifestyle > Dr Jennifer Lycette

Shame Runs Deep in Medical Training; We Can Release It by Owning Our Own Stories 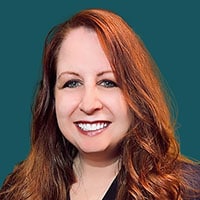 In last week's blog post, I wrote a line that's been stuck in my mind: "Shame, the ever-present companion of medical culture, once again getting in the way of an honest conversation."

Shame wasn't the main topic of that piece, but I think my subconscious was telling me I needed to write more on it. I thought of Dr Rana Awdish's powerful memoir, In Shock. In it, she writes, "Medicine is not oriented to recognize trauma in its own...We were trained to leave the thin veneer covering our colleagues' emotions undisturbed. We have utterly no idea what to do with shame. We have built no confessionals."

For many (if not most) physicians, the mistakes we make, even minor ones, stay with us for the rest of our careers. As Dr Awdish writes, "That shame is unique in its wholeness, an impenetrable black orb that deflects light."

For some of us who write, the blank page (or screen) is our confessional. This month marks 20 years since completing my internship. There are so many memories from that intense year when I made the transition from student to doctor. But like many of us (I suspect), one of the memories that predominates is of a mistake I made. Not only the mistake but the shame that came with it. So here is my confession, one I've never shared before.

It's a typical call night on the internal medicine service. I've admitted a woman in her sixties with ESLD and ascites. She's frail, looks 10 years older than her age, and her thin arms and legs jut out in skeletal contrast to her protuberant belly. We're admitting her for a "tap," a paracentesis. Unfortunately, it's late, probably around 11 PM, before my resident and I have enough time between admissions to do the procedure.

I gather the supplies and bring everything to the bedside. Back then we did them without ultrasound, by anatomic landmarks only. I prep everything in the room and go to grab my senior resident. He's at the nurses' station on a computer. "You go ahead," he says, without turning around. "I'll be out here if you need me."

I stand still for a minute. I've done a few by this point. I've graduated past the "see one, do one, teach one" to having done one, and then several, although I haven't yet taught it to anyone. But my resident is busy and showing his trust in me. I can do this. Okay.

I go back into the room. My patient signed the consent already. She's had this done before many times, and she doesn't appear anxious, only tired. I prep the site, numb it up, insert the needle, and am rewarded with the straw-colored fluid I expect to see.

A flash of pride fills me. In hindsight, I should have known better. I hook the catheter up to the needle and connect it to the vacutainer bottle, and we make small talk as the bottles fill. When it looks like we've got all we're going to, I remove the needle and press a gauze over the site.

She cries out in pain. "What are you doing?"

I explain that the needle's out and I'm holding pressure on the site before I bandage it.

She continues to cry out in distress. "It hurts! It hurts!"

I don't know what's happening. She had no pain during the procedure. There's no external bleeding. A bad thought occurs to me — the pain could mean internal bleeding. I grab more gauze and press down harder, but she pushes my hands away. The strength in her frail arms surprises me. I call for the nurse to get stat vitals — and my resident.

Later, I will piece together that I must have gone through a blood vessel on insertion. While the needle was in, it tamponaded the vessel. But once I removed it, the hole in the vessel was free to bleed.

A stat ultrasound confirms a hematoma.

I'm devastated at the pain I've caused her. Thankfully, she remains hemodynamically stable. But a few hours later, I have to present the event on morning rounds. The attending responds with silence.

At the patient's door, the attending turns to me and finally speaks. "Stay out here."

My head goes hot, my heart pounds. I have to suppress a fierce desire to run away and hide somewhere. I drift over to a workstation and pretend to chart while imagining all the nurses' eyes on me.

Afterward, nobody tells me what was discussed in the patient's room, and from the furtive looks cast in my direction, I'm too afraid to ask.

My resident tells me at some point later that day that the patient doesn't want me to be a part of her care anymore. I don't know what to say, so in my post-call haze, I just nod.

She's able to discharge to home a few days later, but I have no part in her discharge.

I don't remember the rest of that rotation. I know that eventually the month ended, and I moved on to the next service. I put it behind me and buried the shame in my work.

And I never spoke of it to anyone.

I never was allowed to debrief about it. I never was given feedback on it. I was given the message that I had screwed up and I was no longer worthy of caring for the patient.

Expert shame researcher Brené Brown writes, "Shame works like the zoom lens on a camera. When we are feeling shame, the camera is zoomed in tight and all we see is our flawed selves, alone and struggling."

What it would have meant to me if the attending, or the resident, had instead had an honest conversation. Maybe shared a time they made a mistake too. Looking back now, I imagine the resident might have been concerned that he would be found out for not being in the room with me to supervise. Although even if he were, the hematoma might still have happened. Of course, I never told the attending that the resident wasn't there. The hidden curriculum had been well ingrained in me.

I know now that it's unlikely that the attending had practiced in a mistake-free vacuum. But perhaps talking about mistakes had never been modeled for him either. To talk about it might have meant confronting his own shame.

What it would have meant to me as a trainee if I could have stayed with the team on rounds that day. If the attending had explained to the patient that the superficial blood vessels in the abdominal wall become dilated in end-stage liver disease. The hematoma could have happened with anyone wielding the needle. I could have apologized and continued to be a part of her team instead of being ostracized. Because if my team had shunned me, had there been any chance of my patient not doing the same?

As Brown writes, "Shame keeps worthiness away by convincing us that owning our stories will lead to people thinking less of us. Shame is all about fear. We're afraid that people won't like us if they know the truth about who we are."

That shame has lived inside of me for 20 years. Today, I release it here by owning my own story. I hope others will join me. Let's model a better culture for our incoming interns.

Do you have a story of shame in medical training? Share it in the comments below.

About Dr Jennifer Lycette
Jennifer L. Lycette, MD, is a rural community hematologist-oncologist, mom of three, and recovering perfectionist who's writing her way back from physician burnout, one word at a time. Her essays have been published in The New England Journal of Medicine, JAMA, JAMA Oncology, Journal of Clinical Oncology, The ASCO Post, and more. Connect with her on Twitter @JL_Lycette or her website.

Cite this: Jennifer L. Lycette. Shame Runs Deep in Medical Training; We Can Release It by Owning Our Own Stories - Medscape - Jun 23, 2021.