News & Perspective Drugs & Diseases CME & Education Academy Video Decision Point
close
Please confirm that you would like to log out of Medscape. If you log out, you will be required to enter your username and password the next time you visit. Log out Cancel
Perspective > Medscape Blogs > Lifestyle > Dr Wayne Sotile

Are Physicians Ever Bullied? 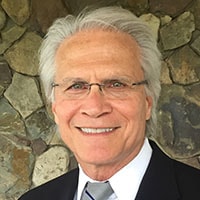 In my 40-plus years of working as a consultant to medical organizations, I've found that most medical professionals are respectful of each other and work well together. Most doctors, nurses, and other practitioners appreciate if not admire each other. And most healthcare administrators work endlessly to help facilitate physicians' work.

But we do have challenges here. One is in the form of the dysfunctional workplace culture that resists change and is fueled by bullying, disruptive, disrespectful, dismissive, and distressing behaviors. Most writers on this topic target self-focused physicians who abuse nurses, a necessary part of the conversation. But my point in this blog is that there is more to discuss here: What's being done when physicians are bullied?

I acknowledge fully that some physicians behave badly. In fact, I've worked in organizations where, despite hundreds (that's accurate: hundreds) of written complaints about blatantly abusive behavior, physicians were given passes. I call such people CREAPs (ChRonically Evil-Acting People). These are not my focus today. I want to call attention to physicians who suffer collateral damage from sloppy organizational efforts to rid the workplace of the CREAPs. One challenge we face is the fact that we are in an era of uneven efforts to create better healthcare workplace cultures.

Other organizations are paying more attention to input from some cohorts than others. How bad can this be? I'll cite just a handful of examples from my direct experiences.

We'll Pay You to Write 'em Up!

Nursing staff in organization A earn "points" for reporting physicians. Accumulate enough points, and the complainer gets a cash bonus. (You can't make up this sort of stuff!) Incidentally, no comparable system exists for physicians registering complaints about nurses.

During the year following the opening of an anonymous complaint phoneline in Hospital B, over 80% of the complaints about physicians were found to be frivolous. Yet, in each case, the targeted physician was mandated to undergo medical staff investigations that smacked of, as one physician put it, "I'm assumed guilty until I prove my innocence...about something I did not know I did, reported by someone I do not know."

Consider the implications of this physician's comment: "Our hospital feels like it's run by the 'nurse mafia.' If a physician dares to call attention to a pocket of subpar nursing care — no matter how tactfully and professionally that feedback is offered — he or she gets the 'Disruptive Physician' target on their back."

We're Not as Good as You Say We Are

Still other organizations seem to mute physicians from delivering any "the emperor has no clothes" messages. Example: I worked with a medical group in which 16 of the 18 attending physicians voiced to administration a clear vote of no-confidence in their bullying, self-serving medical director. No corrective intervention with this dysfunctional physician leader was ever taken.

It's Too Dangerous to Work Here

No one should stay in a toxic work environment. Nurses who are abused by physicians tend to leave their jobs. The same is true for physicians.

Dr Y. successfully completed 6 months of mandated anger management coaching after being written up for two episodes of brusque (not abusive; brusque) interactions with ED nurses. He was a stellar coaching client. He admitted that the heartbreak of his unfolding divorce was affecting his patience, and he learned more effective coping strategies.

Nine months after he completed his original behavioral contract, yet another nurse complained that "working with Dr Y intimidates me." In response, the hospital administration instituted a second behavioral contract for Dr Y., this one with the proviso that "one more complaint, and you will be terminated."

What happened next is noteworthy. First, unknown to Dr Y., his physician colleagues presented to hospital administration a petition signed by 38 physicians and nurses that endorsed Dr Y's "consistent professionalism when interacting with others in the ED." The petition also implored the administration to further investigate this case, stating that the nurse in question was, in fact, a chronic disruptor of morale within the workplace. The hospital administration ignored the petition.

Dr Y. resigned 8 months later, stating that he was tired of "feeling like I have the Sword of Damocles hanging over my head every time I enter that hospital. I'm afraid that if anyone complains about me for anything, I'll get fired; and that would taint my career, forever."

I could add to my list of anecdotes chairs of departments being marginalized because of their opposition to their organization's "party line"; medical directors being worn down by moral distress stemming from their disempowerment to drive accountability with low-performing physician colleagues; medical students, residents, and fellows who are taught to normalize being treated disrespectfully and/or abusively by senior physician colleagues and/or nursing staff; and more. But you get the point.

I know fully that there are always multiple sides to every story, including the anecdotes I have mentioned. You might think that my impressions have been skewed by what I do: solicit information about both what's going right and what needs to improve in physicians' lives. Maybe so.

But let's not forget that both the Institute for Healthcare Improvement and the AMA have cautioned that we have "normalized" physicians being victimized — by scheduling systems that don't respect their time, excessive workloads, requirements for unduly long work hours, and return-to-work post-call schedules that foster chronic sleep deprivation. Perhaps we also have drifted into other forms of unintended physician abuse.

Organizations that are learning cultures courageously solicit and respectfully respond to input from people of all generations, genders, ethnicities, backgrounds, life circumstances, and educational backgrounds. Doing so requires courage, emotional intelligence, maturity, and commitment to relentlessly and respectfully pursuing excellence. I'll address various of these challenges in future blogs.

Rather than reflexively impugning the character of those who are different from ourselves, let's practice giving each other the benefit of the doubt.

Rather than institutionalize "write 'em up!" cultures, let's work to create "speak with each other" workplaces.

And when we have conflicts with each other, let's pause and consider three questions:

I am sincerely interested in your observations and thoughts.

Is blatant or passive-aggressive bullying (of anyone) tolerated in your workplace?

Is yours a physician-respectful organization?

If not, are corrective actions being taken?

In the wake of our COVID-19 stresses and strains, are things getting better or worse in your workplace?

About Dr Wayne Sotile
For more than 30 years, clinical psychologist Wayne M. Sotile, PhD, has studied resilience and work-life issues for high-performing health professionals. He has authored 10 books, including The Thriving Physician (2018) and Thriving in Healthcare (2019), both with Gary Simonds, MD. Wayne founded the Center for Physician Resilience, in Davidson, North Carolina. A sought-after keynote speaker, Wayne has delivered more than 6000 invited addresses to corporate and medical audiences interested in resilience and optimal performance. For more information, visit his website.