This partnership is designed to enhance the understanding of endocrine issues arising from the body’s complex system of glands and hormones, and to promote cooperation and communication between endocrinologists, primary care providers, nurses, and the entire patient care team.

From News to Expert Commentaries to Journal Articles and beyond, we are working together to bring readers the most timely, authoritative, and useful information about caring for patients with a wide range of endocrine disorders, including diabetes, infertility, thyroid conditions, and much more. 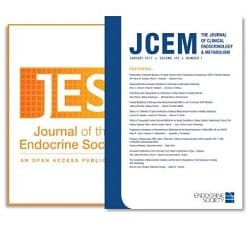 Endocrine Society's mission is to advance excellence in endocrinology and promote its essential and integrative role in scientific discovery, medical practice, and human health.